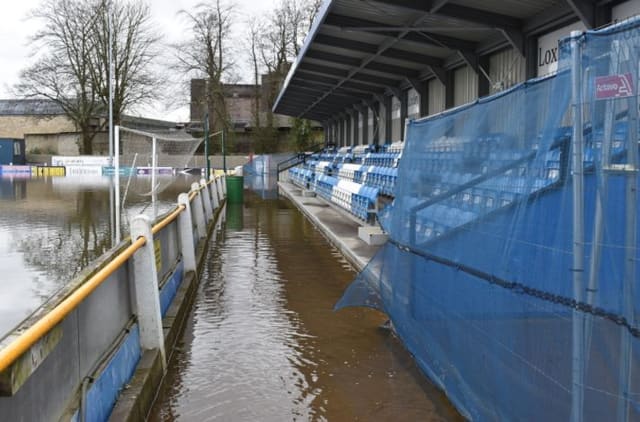 The chairman of a non-league side has bemoaned the lack of support from teams higher up the football pyramid after storm damage left his club facing five-figure bills.

Andy Charlesworth is chairman at Tadcaster Albion, an eighth-tier side from North Yorkshire whose club has been decimated by flooding from Storm Ciara and Storm Dennis.

The club is attempting to raise £12,000 to pay for repairs via their JustGiving page, but said that bills could rise to £42,000 – it has so far raised just over £6,000 through JustGiving.

“We could do with a Premier League player donating a week’s wages, that would realistically just sort us out,” Mr Charlesworth told the PA news agency.

“But typically of the larger clubs, we’ve had no feedback. It seems to be that the non-league family are looking after ourselves.”

Tadcaster’s pitch and facilities were flooded more than a week ago before Storm Dennis brought more water.

The result is a clubhouse that needs significant repair work and a pitch that has taken days to get rid of standing water.

Support at a local level has been evident, with a bucket collection to take place according to Mr Charlesworth at Ashton United’s game against Hyde United on Friday night, while a departing Tadcaster player donated his February wages to the cause.

But Mr Charlesworth said it would take only a small gesture from a bigger side to solve all his side’s problems.

“There’s so much money in the Premier League, and I would say the Championship as well, we’re not asking for much,” he said.

“Even if they just did a bucket collection. If there’s 30,000 people going to a game, and they all chipped a pound in, it’s not really much, is it?”

A “big clean-up” at the club will take place on Friday afternoon, with volunteers in the shape of retirees giving their time to the cause.