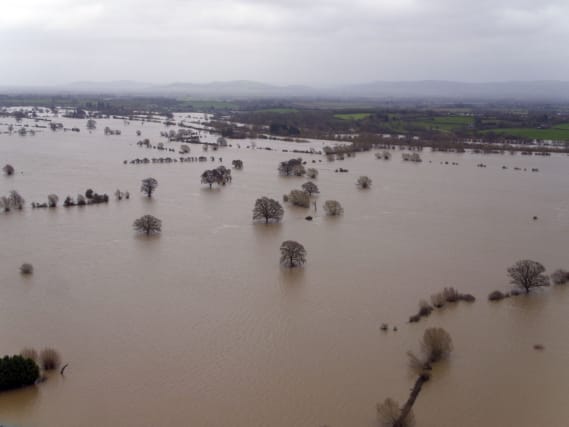 A village church that was devastated by the 2007 Gloucestershire floods is once again under threat from water.

St Michael and All Angels Church in Tirley, near Tewkesbury, was badly damaged in the flooding which hit the county 13 years ago.

After the 2007 floods, £25,000 was spent creating a suspended organ gallery in order to protect it from River Severn flooding.

The rest of the church was designed to minimise flood damage, with stone floors and moveable chairs rather than pews.

New drone photographs show how close the water has got to the church, with the flooding affecting nearby farmland.

Other photographs show homes in Uckinghall surrounded by water from the nearby River Severn and adjacent pond.

With St Michael’s and the nearby St Andrew and St Bartholomew in Ashleworth being closed due to flooding, services are being held at St Mary’s in Hasfield.

John Longuet-Higgins, vicar of eight churches in the west of Severn area, said they were used to the churches flooding and had moved valuables out of harm’s way.

“We have a sump in place and hopefully it has worked. We won’t know for sure until we get back into the church.”

Mr Longuet-Higgins said around 20 properties in Tirley had flooded and three in Ashleworth.

“There are probably around 50 people who are affected in Maisemore, Ashleworth and Tirley who might have had to move their cars,” he added.