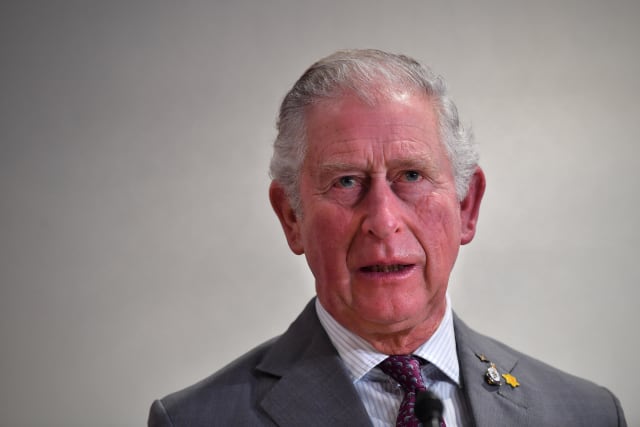 British Airways has shown the Prince of Wales the measures it is taking to create a “sustainable future”.

Charles was give a tour of a Boeing 787-9 Dreamliner plane at the airline’s engineering base in Cardiff.

It is one of the more fuel-efficient aircraft being added to the carrier’s fleet.

The prince saw how single-use plastics on board the plane are being replaced by alternatives.

BA apprentices showed Charles the inside of one of the Dreamliner’s engines, and explained that work has started on a project to convert household waste to sustainable jet fuel.

Among the steps being taken by the airline to boost its environmental credentials are:

– Each duvet in first class is now made from 19 recycled plastic bottles;
– Seats on short-haul aircraft are being replaced with lighter versions to increase fuel efficiency;
– Drink stirrers are now made from bamboo instead of plastic.

The prince opened the engineering base in 1993, and the facility currently employs 550 local people.

BA chairman and chief executive Alex Cruz, who led the tour, said: “It has been an honour to showcase our work in this area to His Royal Highness today.

“Every decision we make at British Airways now starts with a simple question: what does that mean for our sustainability aspiration?

“We’ve got a lot of work to do, but keeping an eye on the detail as well as the bigger picture is the only way to get there.”

The airline’s director of communications and corporate responsibility, Louise Evans, said: “From new, quieter and more fuel-efficient aircraft to sustainable swizzle sticks that eliminate the use of single- use plastic, we’re carrying out a huge transformation of the way we fly.

“His Royal Highness opened this engineering base 26 years ago, and we were delighted to welcome him back so he can see for himself the steps we are taking to a sustainable future.”