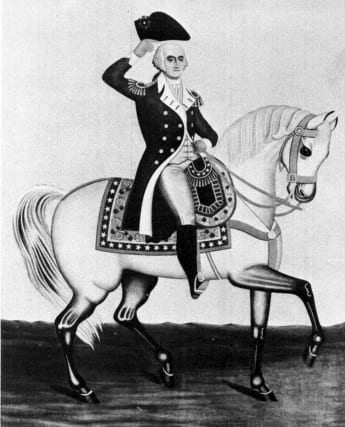 A handwritten letter from US founding father George Washington has been revealed by a Scottish university.

The document, written on February 20 1796, provides insight into the first president of the United States and his links to Britain, as well as his thoughts on farming.

The three-page letter is one of around 18 the Scottish nobleman David Erskine, the 11th Earl of Buchan, exchanged with Washington, who was a distant relative.

The University of Edinburgh stores the letter in its archives, allowing anyone to see the text close up.

Washington had been president for seven years when he wrote it, aged 63.

In it, he praises British farmers and agriculture, contrasting them with the “slovenly farmers” of his own country.

At the time, a year before he left the presidency, he was seeking to diversify his holdings at his Mount Vernon Estate in Virginia.

He wanted to focus on growing wheat – rather than tobacco, which he had abandoned in the 1760s – and move from enslaved labour to tenant farmers.

Washington shares an advert he placed in a US newspaper encouraging tenant farmers to his estate and makes it clear he would welcome tenant farmers from Scotland and elsewhere in Britain considering the move.

He is careful to stress he is not inviting them, which would have been illegal at the time.

Washington writes: “I accompany the information My Lord, with an unequivocal declaration that, it is not my intention to invite Emigrants- even if there be no prohibitary act of your Government opposed to it.

“My sole object is, if there are persons on the move, who may incline to associate and become tenants on such a plan as I offer, that being apprised of the measure, they may decide how far their views would be accommodated by it.”

He adds in Britain “husbandry is well understood, and the language similar”.

The letter is one of many donated to the university collections by Scottish polymath and antiquarian Sir David Lang in the 1870s.

Analysis of the texts has been carried out by historians and archivists at the university and staff at the Washington Estate in the US.

Frank Cogliano, professor of American History at the University of Edinburgh, said: “The Enlightenment is often referred to as a ‘Republic of Letters’ and exchanges such as those between Washington and Buchan were the social networks of their day – not only swapping ideas but advertising opportunities.

“How familiar it seems to us today.”

Rachel Hosker, the university’s archives manager,  said: “There is something quite compelling about the tangible nature of the original, created two days prior to Washington’s 64th birthday before making its way to Scotland.

“It enables us to imagine him writing it and allows us to consider the private individual in context.”