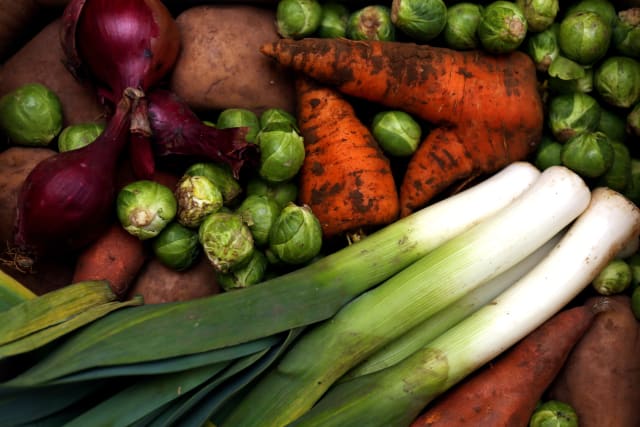 Beef bans and vegan cafes are appearing on university campuses amid growing concerns about the environmental impact of meat.

A handful of UK institutions have already banned meat products, while others are cutting down, an investigation by the PA news agency has found.

It suggests veggie-themed events are becoming common at universities, with around half of the 144 UK institutions that responded to freedom of information requests saying they have brought in dedicated events such as “meat-free Mondays”, or others aimed at non-meat eaters or those with specific diets.

A total of 44 (31%) have established dedicated vegetarian or vegan cafes or other food outlets. A further 18 have partially done so or are planning to do so.

A small number have gone even further, banning meat products such as beef from canteens or events and meetings.

At least 11 have either removed specific items, limited the sale of meat, or are actively reducing the amount on offer, the investigation indicates.

Among them are Goldsmiths, University of London, and King’s College London, both of which removed beef from menus in September last year.

Vanessa Gouws, head of commercial services at Goldsmiths, said the institution has seen a “very positive response” to the removal of beef and introduction of more vegetarian and vegan dishes alongside meat options.

“People appreciate the environmental benefits but it also fits in with modern lifestyle choices,” she said.

“We recently launched a new cafe on campus specialising in vegetarian and vegan meals as this was what our students and staff were asking for.

“Feedback has been extremely positive and they are seeing increasing footfall at the cafe that complements the offer of other campus food outlets.”

The investigation found that some universities have opted not to implement bans, saying they prefer to leave it up to students to decide what food they want.