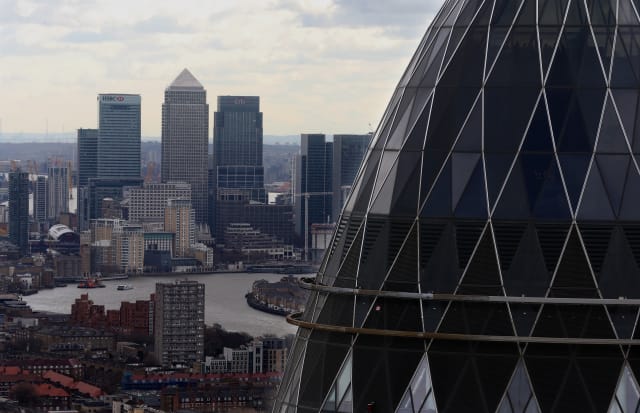 UK businesses across a raft of sectors have begun sounding the alarm over a coronavirus hit as the outbreak impacts operations in China and major supply chains.

Days after Apple warned it will not meet its second-quarter financial guidance because of the outbreak, UK firms including the likes of IT giant Aveva and recruiter Hays have cautioned over the impact on the Chinese market.

Aveva, which is one of Britain’s biggest tech groups and makes 5% of its revenues in China, said Chinese sales had been knocked by coronavirus disruption.

Shares in the FTSE 100-listed firm dropped 4% after its update.

Kitchen and bathroom supplier Norcros saw its stock plummet 13% after it alerted over profits as the spread of the disease has affected Chinese-based suppliers.

The group said this is “likely to have some impact on the seasonally important remainder of this financial year and early next year”.

Recruiter Hays said it was too early to give details on any financial impact, but said it was “materially impacting” activity in the Chinese jobs market.

This is set to continue until at least the end of March, it said.

Chief executive Alistair Cox told the PA news agency that recruitment in China had been “very subdued” as offices were shut until February 10 on the advice of the Chinese government.

“Everyone has been concerned about their own health and safety and that of their families – it has to be everyone’s priority,” he said.

The group, which employs around 300 staff across five offices in Greater China, said the virus had compounded issues for the region after protests in Hong Kong and the trade war with the US.

Operating profits fell 20% in its “rest of the world” region, which includes China, over the six months to December 31.

Overall group pre-tax profits tumbled 22% to £95.5 million in the half-year, with the UK election adding to woes at the end of 2019.

Hip and knee replacement specialist Smith & Nephew – which makes 7% of its sales in China – added to coronavirus worries, saying its revenues growth outlook was dependent on the outbreak easing.

But the group warned coronavirus has produced “additional uncertainty” and said the sales outlook assumes the outbreak “normalises” early in the second quarter.

It comes after Apple sent shockwaves through markets earlier this week when it said the outbreak in China had cut production of iPhones.

The California-based company said demand for iPhones is also down in China because many of its 42 retail stores there are closed or operating with reduced hours.

China is Apple’s third largest retail market for iPhones, after the US and Europe.

Since then, Australian airline Qantas has also warned over a coronavirus hit of up to 150 million Australian dollars (£76 million) as it cuts flights to Asia by 15% until at least the end of May.