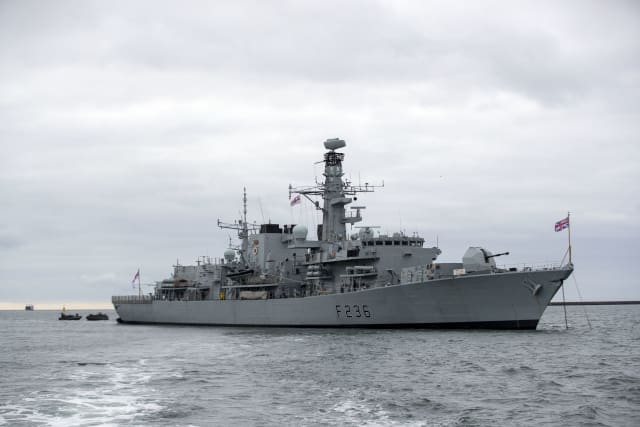 Sailors aboard a Royal Navy warship have helped seize £6 million worth of cannabis in the Middle East.

Type 23 frigate HMS Montrose, which is based long-term in Bahrain, intercepted the tonne of hashish hidden aboard a dhow in the Gulf of Oman.

And HMS Montrose also intercepted a cargo of crystal meth and heroin in October worth £1 million.

Armed forces minister James Heappey said: “This seizure is another impressive demonstration of the Royal Navy’s vital work around the world.

“Our servicemen and women, once again, have proved that their skill and professionalism can disrupt major criminal organisations and continue to keep our citizens safe.”

“Last week we were 800 miles away providing maritime security for merchant shipping in the Gulf and Strait of Hormuz, and this week disrupting the flow of illegal narcotics through the seizure of hashish worth around £6 million on the UK market.

“It was a proper team effort and just shows how HMS Montrose is like a Swiss Army knife of capability, able to react at a moment’s notice to anything we are tasked to do.”