Retail sales rebound in January after weak end to 2019 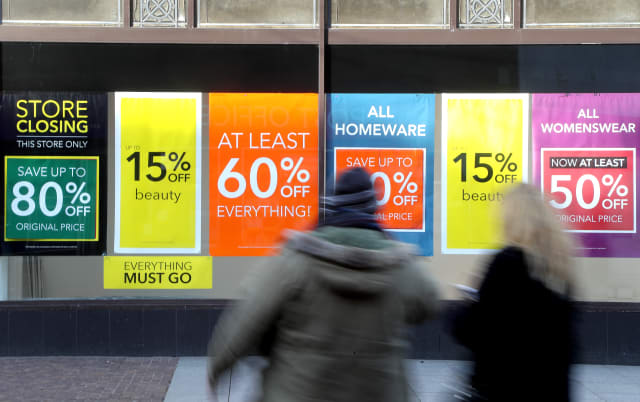 UK retail sales rebounded in January with their best performance for 10 months, according to new figures from the Office of National Statistics (ONS).

It said retail sales for January increased 0.9% against the previous month, surpassing the expectations of economists, who predicted 0.7% growth.

Sales were boosted by “moderate growth” by food retailers, who saw sales rise 1.7% during the period, while non-food retail sales also rose, increasing by 1.3% for the month.

The ONS said clothing sales significantly improved, with clothes and footwear sales up 3.9% for the month, while department stores reported a 1.6% increase in sales.

However, growth was partially offset by rising fuel prices, which forced fuel sales volumes down by 5.7% for the month.

Despite a positive start to the new year, retail sales for the three months to January still showed decline, dipping 0.8% following sales slumps in November and December.

“This was despite a rebound in January with strong growth for most stores, although petrol stations saw a large decline which coincided with an increase in their fuel prices.”

The figures come a day after the ONS revealed that inflation jumped to six-month high of 1.8%.

Tom Stevenson, investment director for personal investing at Fidelity International, said: “There is some tentative evidence of a ‘Boris Bounce’ in the latest retail sales data, with rises in both volumes and the amount spent in January compared with December.

“Strip out a fall in petrol sales, and the underlying story is even stronger.

“The numbers should get progressively better as the dismal picture in the run up to Christmas falls out of the comparisons.”