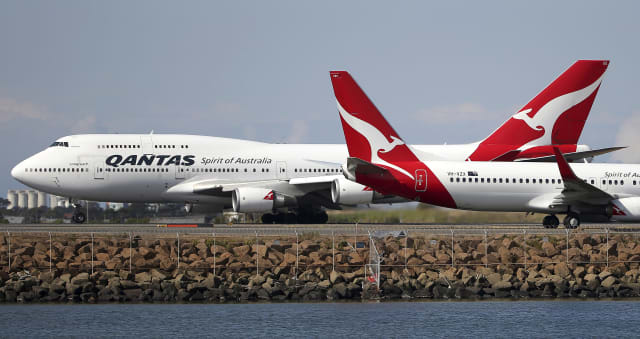 Australia’s Qantas has said it will slash flights to Asia as the coronavirus crisis cuts into the airline and travel industries.

The decision to reduce the carrier’s overall capacity to Asia by 16% until at least the end of May is expected to cut between 100 million and 150 million Australian dollars (£51 million-£77 million) from Qantas’s earnings this year, the airline said in a statement.

The move will affect Qantas services to China, Hong Kong and Singapore.

Qantas’s secondary carrier Jetstar will cut back services by 14%.

The airline said, however, that the impact of the cuts would be offset by a reduction in fuel prices worldwide, also caused by the virus outbreak as other airlines reduce Asian services.

Qantas flights between Sydney and Shanghai will remain suspended, while the Hong Kong-Sydney service will be cut from 14 to seven flights per week.

“Cononavirus resulted in the suspension of flights to mainland China and we’re now seeing some secondary impacts and weaker demand on Hong Kong, Singapore and to a lesser extent Japan,” Qantas chief executive Alan Joyce said in a statement.

Mr Joyce said the decision would leave Qantas with a surplus of some 700 full-time workers from its overall staff of 30,000.

The company would consequently make adjustments, such as asking for workers to volunteer to take leave owed to them while the reductions take place.

“What’s important is that we have flexibility in how we respond to coronavirus and how we maintain our strategic position more broadly,” Mr Joyce said.

“We can extend how long the cuts are in place, we can deepen them or we can add seats back in if the demand is there.

“We know demand into Asia will rebound. And we’ll be ready to ramp back up when it does,” he said.

As the global tourism industry continues to be battered by the outbreak, Qantas and Jetstar will also reduce their domestic capacity by 2.3% for the second half of the Australian financial year, which ends on June 30.

“These past few months have been extraordinarily difficult for the tourism industry and we’ve tried to minimise the impact of our capacity reductions as much as possible,” Mr Joyce said.

He said about half of Qantas’s domestic cancellations are between Sydney, Melbourne and Brisbane, but he said the airline was avoiding any route exits.

The airline’s capacity reductions came as it also announced a 3.9% fall in profits to 445 million Australian dollars (£229 million) in the first half of the financial year.