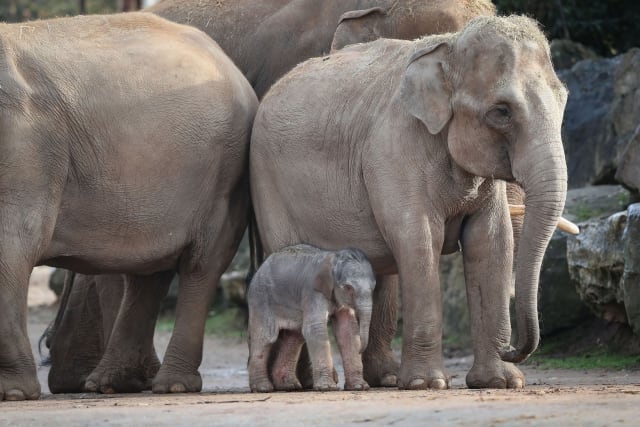 Threatened jaguars, Asian elephants and whitetip sharks have secured vital protection across national borders at a meeting to conserve wildlife.

Some 130 countries are signed up to the UN Convention on the Conservation of Migratory Species of Wild Animals, which aims to bring nations together to protect species of birds, mammals and other wildlife.

New moves to protect threatened wildlife at a meeting of the convention in India were welcomed by environmental campaigners who say they help species at risk of extinction.

The oceanic whitetip shark was once one of the world’s most common tropical sharks but is now listed as critically endangered, with losses of 98% to 100% worldwide in the face of fishing.

Countries have accepted Brazil’s proposal to list the shark on Appendix I of the convention, which gives it the highest level of protection possible, to prohibit it being caught throughout its range.

Megan O’Toole, from the International Fund for Animal Welfare (Ifaw), said: “Decades of unmanaged overfishing, driven by international demand for shark fin soup, has caused the population to be decimated throughout its range.

“Ifaw believes this listing for oceanic whitetip sharks will strengthen the measures already put in place to protect them and also may fill in current management gaps and add an additional legal obligation for domestic protection.”

There was also good news for the jaguar, which has lost 40% of its habitat in the Americas in the past 100 years and is under threat from further loss of habitat and key wild corridors through which it migrates.

The big cat has been listed for the first time, on Appendix I and II of the convention.

This means it has the highest protection possible, with nations expected to put in domestic measures to protect it and conserve the places it lives, and countries are also required to co-ordinate conservation efforts for the species.

Matt Collis, head of Ifaw’s delegation at the meeting, said: “Halting the loss of habitat and destruction of migratory corridors is vital, especially for isolated and endangered populations, if the jaguar is to survive across the Americas.”

Endangered Asian elephants also gained protection at the meeting, as countries accepted a proposal by host country India to give it the highest protection possible with an Appendix I listing.

India also announced its intention to work with other countries to safeguard the animal.

India is home to 60% of Asian elephants, though some populations regularly cross borders into neighbouring states such as Nepal, and are also found from Burma to Indonesia.

Mr Collis said: “Elephants traverse many states in Asia without recognising borders and Ifaw hopes that countries will come together to do everything possible to ensure they have safe passage as they migrate between states.”