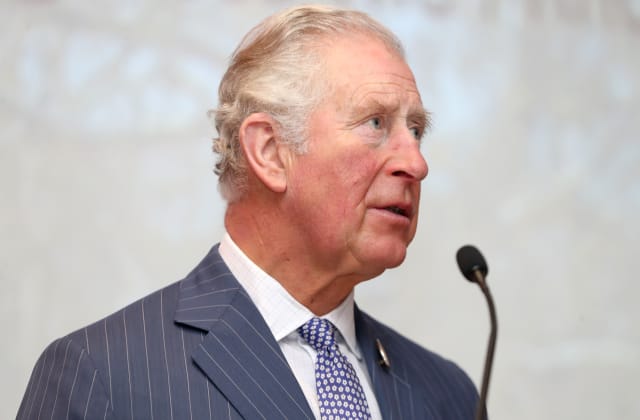 The Prince of Wales has called on nations to quadruple their efforts in tackling the “global plant health crisis” which threatens the world’s flora.

Speaking at the end of a day-long plant health and biosecurity conference, Charles described plants and trees as the foundation of all life on Earth – from helping to regulate the climate to providing food for humanity.

The heir to the throne said: “Now, at last, we’re beginning to realise that crises like climate change and biodiversity loss are not two different things but rather two faces of the same crisis.”

At the event, hosted by Kew Gardens, Charles added: “From every angle, plants play an absolutely vital role in our existence, but the ultimate irony is that just as we were realising this, we also managed to engineer a global plant health crisis.”

The prince joked about his introduction to biosecurity during his first trip to Australia and described how when he landed in Melbourne in 1966 “somebody came aboard and sprayed us all with some insecticide”.

Charles hosted the inaugural conference at Highgrove to address the growing Xylella plant disease threat and highlight the importance of biosecurity.

This, in turn, led to the launch of Action Oak, a campaign to protect the nation’s oak trees, by Biosecurity Minister Lord Gardiner.

“There really is no substitute for the best science, the most careful sourcing and traceability, the tightest biosecurity and the utmost precaution, backed up by good cooperation, both between sectors and of course between nations,” said the prince.

He added: “I have already tried to play my part in this regard, for what it’s worth, but we must, ladies and gentlemen, redouble, triple, actually quadruple our efforts if we are to rescue the situation for the future.”

“And so this is very much, as I think we all identify today, a call to arms. During the International Year of Plant Health, we are urging everyone to raise biosecurity standards, at home and overseas and source planting stock from reputable suppliers.”