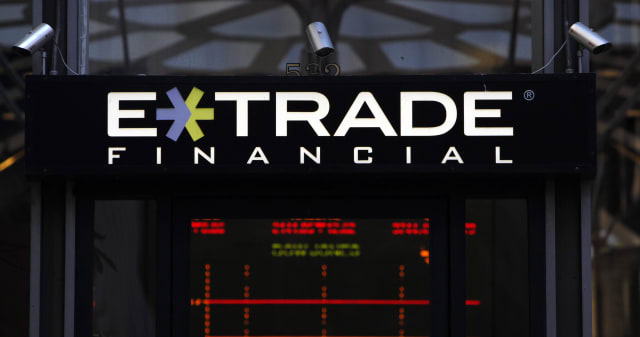 It is one of the biggest deals on Wall Street since the financial crisis.

The deal is also the latest chapter in Morgan Stanley’s transformation from the scrappy, deal-doing, stock-trading investment bank to a more well-rounded financial firm now more reliant on its asset and wealth management businesses.

According to the terms of the all-stock deal, E-Trade shareholders will receive 1.0432 Morgan Stanley shares for each share they own.

E-Trade chief executive Mike Pizzi will continue to run the firm once it becomes a division within Morgan Stanley.

Under chief executive James Gorman, Morgan Stanley has shifted into new, more universal financial services that can bring in steady revenue when the more traditional parts of the bank’s business – trading and advising clients – slow down or suffer in difficult markets.

The strategy has worked.

Morgan Stanley’s income has been less volatile, the bank has been consistently hitting its profitability goals, and the bank had record profits last year.

Discount brokers such as E-Trade have engaged in a vicious fight for customers since late last year, when Charles Schwab announced that it would eliminate the fees it charges customers for trades.

Morgan Stanley will acquire E-Trade’s 360 billion dollars (£279 billion) in assets and 5.2 million customers as part of the merger, which Morgan Stanley can then turn around and use to start making loans.

E-Trade has a popular online platform that helps businesses manage their employee stock plans, which will be merged into Morgan Stanley’s existing platform as well.

The deal is expected to close in the fourth quarter of this year, if regulators and shareholders approve it.

Shares of Morgan Stanley fell 3.7% before the market opened, while E-Trade’s stock surged 24.1%.