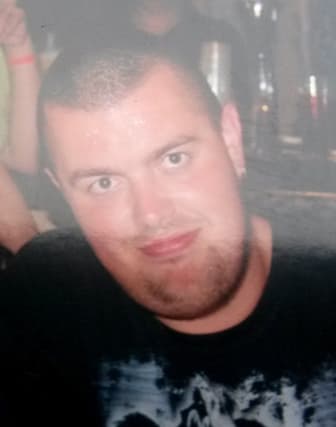 The father of one of the victims of the MH17 disaster said he will attend the trial of separatists accused of shooting down the plane – even if he is looking at four empty seats where the defendants should be.

Four men with links to the Russian military are going on trial next month in the Netherlands, amid high security.

An official inquiry found that Malayasia Airlines Boeing 777 was hit by a Buk missile launched from an area of Ukraine controlled by pro-Russian separatists.

Moscow continues to deny any involvement in the missile strike which killed 298 people in July 2014, 10 of whom were British.

It is thought that the suspects – Igor Girkin, Sergei Dubinsky, Oleg Pulatov and Leonid Kharchenko – were highly unlikely to be at the trial.

Barry Sweeney’s 28-year-old son Liam was on board the flight, travelling with his friend John Alder, 63, to see their beloved Newcastle United play in pre-season friendlies in New Zealand.

Mr Sweeney, from North Tyneside, said: “We are not expecting the defendants to be there.

“The fours seats will be empty, I would have thought.”

Mr Sweeney has made friends with other bereaved families from around the world, and the trial will be a chance to see them again, and to support each other.

He expected relatives of some of the other British victims will also attend the trial, which is set to run for many months.

He planned to attend the opening days of the hearing.

“What we want to know is why it happened,” he said.

“It’s something that didn’t need to happen.”

Mr Sweeney said the Foreign and Commonwealth Office has helped the families prepare for the case and they have been briefed about what was likely to happen.

The trial will take place at Schiphol Judicial Complex on March 9.

The Palace of Justice in The Hague was not big enough to accommodate the hearing, Dutch officials said.

A centre has been set up for families of the victims who were on the Amsterdam to Kuala Lumpur flight, so they can follow the trial via a live link.

There will be a separate media centre for the international press and the trial will be livestreamed on the internet with an English translation from Dutch.