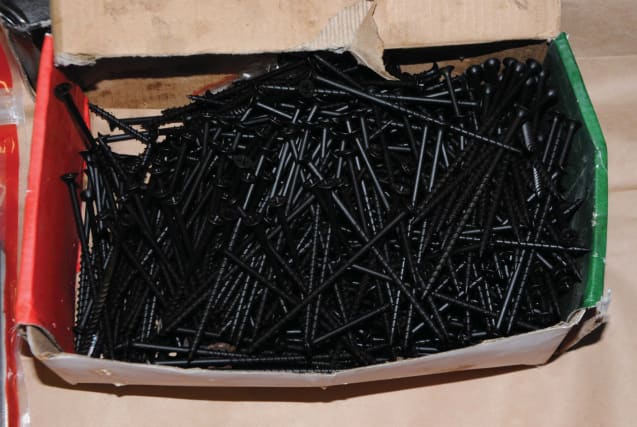 A friend of the Manchester Arena bomber has “one billion per cent” denied being tasked to look after a car allegedly used to store material before the attack.

Student Ahmed Taghdi had accompanied Salman Abedi and his brother Hashem to buy a Nissan Micra on April 13 2017 after it was advertised on Gumtree, the Old Bailey heard.

Hashem test drove the “old banger” before Salman produced £230 cash, saying he wanted it for Uber deliveries, jurors were told.

Within 48 hours, the Abedi brothers travelled to Libya, with Salman returning alone to launch the suicide attack which killed 22 people and injured hundreds more.

In a statement read to court, Mr Taghdi said: “When I asked Salman why he needed the car because he was leaving the UK, he gave a vague answer.”

Mr Taghdi was at university revising for exams when he saw the news on his phone that Salman was responsible for the bombing on May 22 2017.

He said: “I thought, shit what did they do with that car?

“I went to have a look. When I saw the car parked in the same place I was relieved because I was concerned the Micra could have been involved in the bombing.

“I did not contact police because I was advised not to by my boss.”

He said: “I can say one billion per cent I was never tasked to looker after the Nissan Micra.”

He added: “Salman was a really good friend of mine. We used to go to the gym and play five-a-side football together.”

In the wake of the bombing, Mr Taghdi was arrested and interviewed by police a number of times before being released without charge, the court heard.

Jurors were told how the Micra had been bought second hand for £100 by Nathan Grice who then swiftly sold it on the same day, jurors heard.

In a statement, Mr Grice said he would sometimes buy and sell items on sites such as Shpock and Gumtree.

After buying the Micra, his girlfriend was “not impressed”, describing it as an “old banger”.

He said: “I realised it was a mistake buying it so I placed an ad in Gumtree to try to get rid of it.”

An hour later, he was contacted by a potential buyer and he sold the car for £230 after three males came to his house, jurors heard.

Mr Grice’s friend James Keighron later identified Hashem as the man who had taken the Micra for a short test drive before Salman produced cash, saying it was for Uber deliveries, the court was told.

After the bombing, the Micra was found parked up in the Rusholme area of Manchester.

It allegedly contained traces of TATP explosives, bags of screws and nails and more than 10 litres of sulphuric acid in the boot.

Hashem Abedi, 22, denies plotting with his brother to cause explosions, 22 counts of murder and attempted murder.