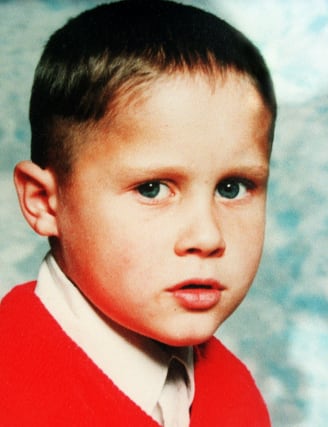 A man has appeared in court charged with the murder of six-year-old Rikki Neave who was found strangled in woodland 25 years ago, when the defendant was a boy of 13.

The youngster disappeared after leaving home to walk to school at about 9am on November 28 1994.

His naked body was found the following day, a few minutes’ walk from his home in Redmile Walk, Welland, Peterborough.

Rikki’s uniform was found dumped in a nearby bin.

The defendant, of no fixed address, would have been 13 years old at the time of Rikki’s death.

Watson spoke only to confirm his name and date of birth as he was flanked by two dock officers during the one-minute hearing on Thursday.

He is accused of murdering Rikki in Peterborough between November 28 and November 29 1994.

The defendant, who had short brown hair and wore a dark green fleece over a striped shirt, was not asked to enter a plea.

He was remanded in custody to appear at the Old Bailey on Friday.

Originally Rikki’s mother, Ruth, was accused of his murder, but she was later cleared of the killing and instead found guilty of child neglect and cruelty, and jailed for seven years.

In 2014, police looked again at the cold case and began re-investigating it in 2015.

The Crown Prosecution Service said it gave Cambridgeshire Police the authorisation to charge Watson with murder following “careful consideration of all the evidence” following a cold case review.