How do past £20 notes measure up against the new JMW Turner version? 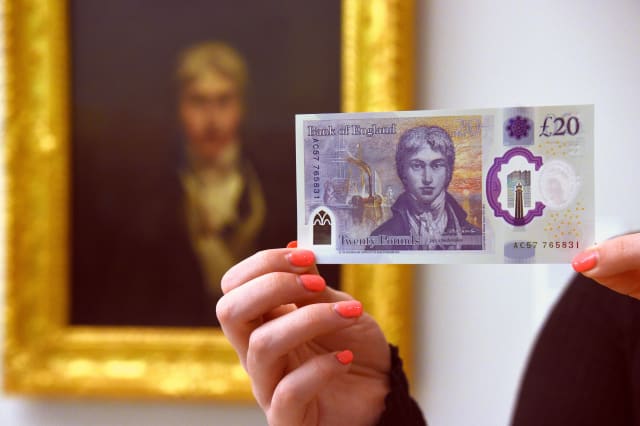 Artist JMW Turner follows the likes of William Shakespeare and Edward Elgar in appearing on the Bank of England’s £20 notes.

Here is a look at past £20 notes that the Bank has produced:

A new security thread was added to the banknote in 1984.

The note celebrating scientist Faraday was first issued in June 1991.

A revised version was later issued in 1993, which changed the colour of the £20 symbol in the top corner to a darker purple, among other alterations.

Issued from 1999, this tribute to composer Elgar had additional security features such as a foil hologram, an ultra-violet feature and micro-lettering.

The last of the Bank of England’s paper £20 notes, it is still in circulation, for now, and will eventually be replaced by the polymer JMW Turner £20.

Issued from March 2007, the Smith note’s security features include a hologram which changes between a pound symbol and the number 20 when the note is tilted.

Like some of its predecessors, the note featuring economist Smith is also around 149mm by 80mm in size.

The Bank will give six months’ notice of the withdrawal date for the Smith note.