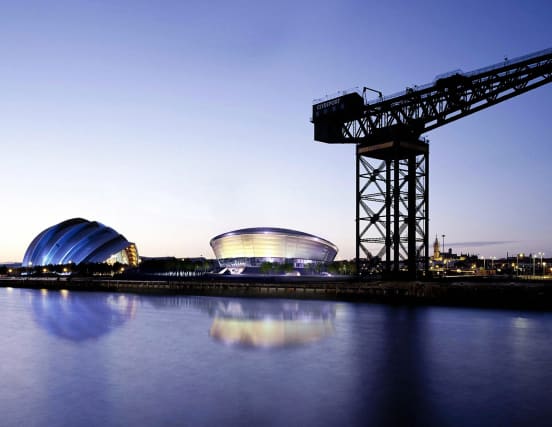 Scotland’s Justice Secretary has said there was “no argument” from Michael Gove over covering the costs of COP26 in Glasgow when they discussed the forthcoming climate change summit.

The Scottish and UK Governments have been locked in a spat over who will pick up the bill for the event, during which as many as 30,000 delegates are expected to descend on Scotland’s largest city.

Finances for the policing of the event – with a “worst-case” estimate from Police Scotland sitting at £250 million – were a particular sticking point for both administrations.

It was reported on Wednesday that negotiations were in their final stages for the UK Government to cover security costs, according to Lynn Brown, the interim chief executive of the Scottish Police Authority.

If the current parameters of the deal are finalised, the cover will be funded by cash sent through the Scottish Consolidated Fund from Westminster, as well as in the form of extra officers from other forces across the country.

The UK Government will also be providing the finances for accommodation of the extra officers sent north of the border.

The Justice Secretary said costs were not disputed by the Chancellor of the Duchy of Lancaster during a phone conversation about the summit.

It is not clear when the call took place.

Giving evidence to the Justice Sub-Committee on Policing at Holyrood, Mr Yousaf said: “When I spoke to Michael Gove on the phone, there was no argument about the principle that the UK Government should pay for every penny of costs related to COP26, including in relation to policing.

The Justice Secretary also said it may be easier if the UK Government provides funding directly to Police Scotland instead of giving it to the Scottish Government through the consolidated fund and it being delegated to the force by Holyrood.

The summit will start on November 9 at the Scottish Events Campus in Glasgow, with up to 200 world leaders expected to attend.