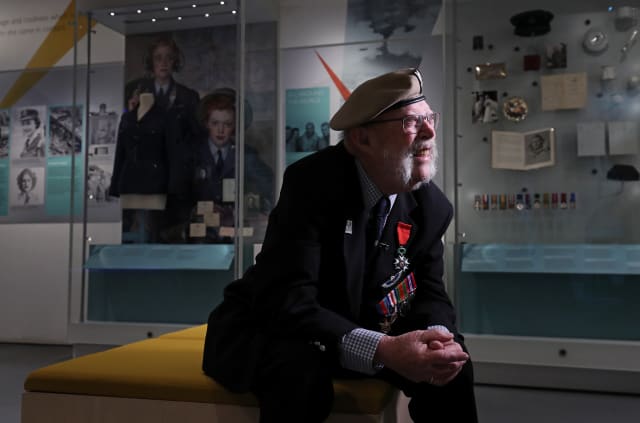 Winston Churchill’s “strongest link” in the Battle of Britain and the bravery of those who served there will be remembered in a series of ambitious events this year.

RAF Biggin Hill in Kent was attacked every day for three weeks in the Second World War and played a vital role in the famous air battle.

Now a series of spectacular events – headlined by the drop of 80,000 poppy petals from a Spitfire on Remembrance Sunday – have been announced to mark the 80th anniversary of the historic victory.

A total of 80 events will take place between May and November 2020, it was announced at Biggin Hill Memorial Museum on Thursday.

Second World War veterans, as well as the only child who lived on the airfield, were on hand to share their experiences and officially launch the 80th anniversary commemorations.

A total of 80 public events focusing on nostalgia, remembrance and legacy will be staged by the museum this year, enhanced through the rich personal stories of people who lived and served at RAF Biggin Hill.

Geoff Greensmith, who lived at Biggin Hill throughout the Second World War and was present for the launch today, said: “The contribution of RAF Biggin Hill was fundamental to the Battle of Britain and the outcome of the war.

“The servicemen in the air and all those who served at the base, both army and RAF, served and died for our freedom.

Now 87, Mr Greensmith spent his childhood scavenging for shrapnel and aircraft parts in the local area with his friends.

He also witnessed the return of soldiers rescued from Dunkirk and visits by Mr Churchill.

Among the events will be a 1940s-style street party for VE Day on May 2 to mark 75 years since the end of the war.

On Remembrance Sunday, the Spirit of Kent Spitfire will drop 80,000 poppy petals over St George’s RAF Chapel of Remembrance next to the museum.

Pilots from RAF Biggin Hill played a major role on Sunday September 15 1940, later known as Battle of Britain Day, during which more than a thousand aircraft took to the skies.

The airfield faced extensive attack during the Battle of Britain and in a three-week period was hit every day, sometimes twice a day.

In October 1940 enemy tactics changed from attacking airfields to focus on London and Biggin Hill went on to defend the capital during the Blitz.