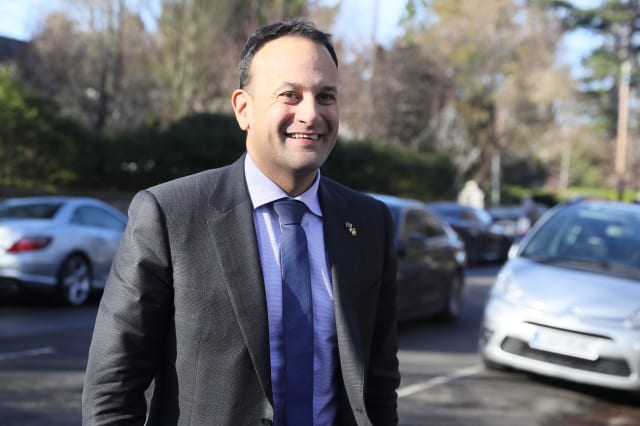 Taoiseach Leo Varadkar has said tweets posted by a Sinn Fein TD before she was elected should “trouble us all”.

The newly elected TD for Kildare North, Reada Cronin posted that Israel had “taken Nazism to a new level” and suggested a picture of monkeys working on computers reminded her of the Israeli embassy, the Sunday Times Ireland reported.

Ms Cronin’s Twitter account has been made private since the tweets emerged and she issued a statement on Tuesday in which she “unreservedly and wholeheartedly” apologised and said the tweets were “glib” and “off-the-cuff”.

On Wednesday morning, Mr Varadkar said the “anti-Semitic & anti-science remarks” made by a newly-elected representative “should trouble us all”.

Talks about government formation will also take place on Wednesday, with Sinn Fein set to meet some independent TDs and smaller parties.

The leaders of Fianna Fail, Fine Gael and Sinn Fein are set to be nominated for the office of Taoiseach on Thursday when the 33rd Dail convenes.

However it is unlikely a Taoiseach will be elected so parliament will adjourn.