A British woman had to be dug out of the snow after being buried by an avalanche in Switzerland.

Shocking footage showed the snowboarder being rescued after becoming trapped in Verbier on 30 January.

He was also helped by other professional snowboarders.

Liebenguth said he witnessed the avalanche cover around ten people on the mountain.

A metre of snow had fallen in a month which caused the risk, according to Liebenguth. 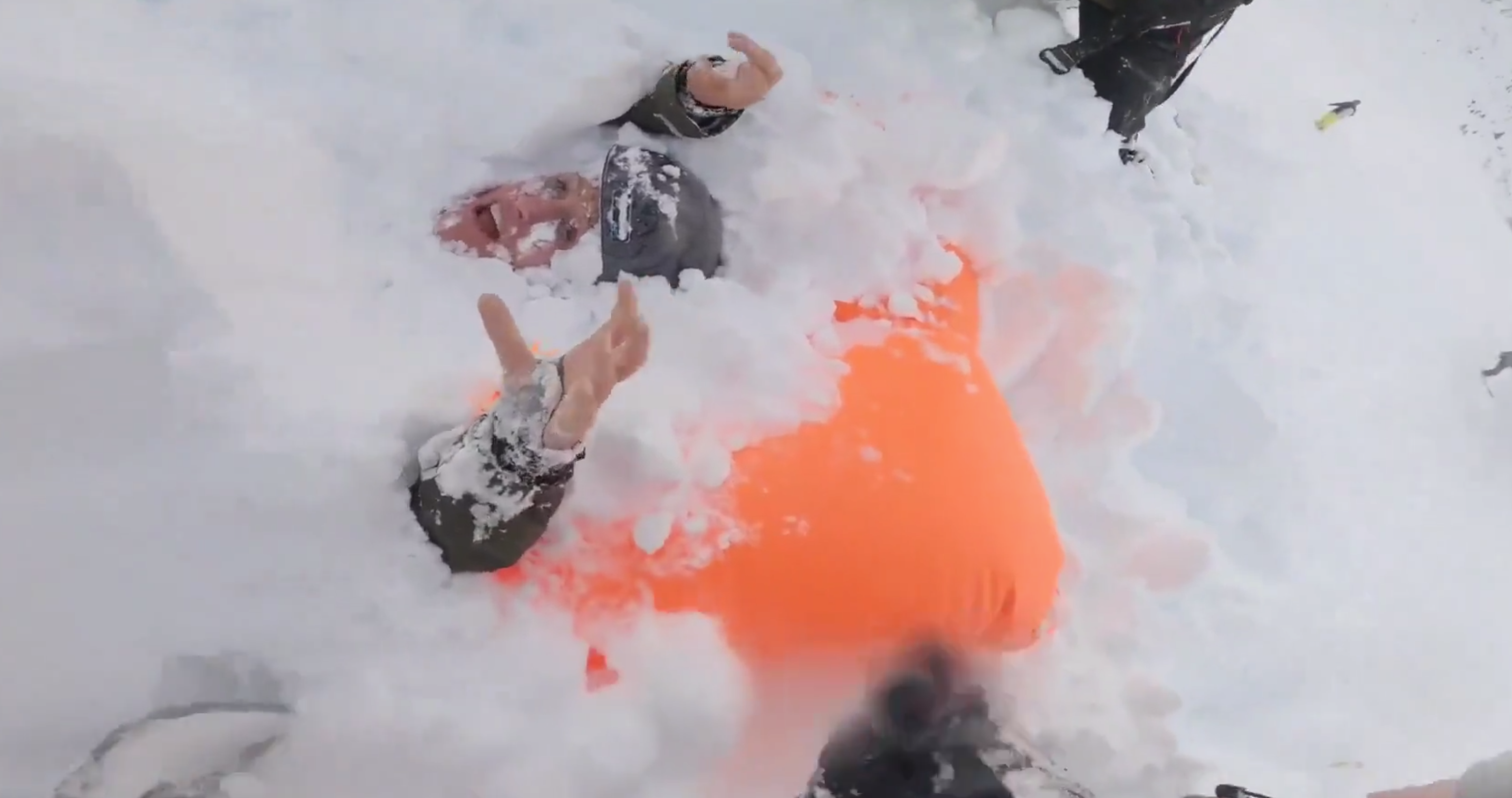 In an Instagram post Liebenguth wrote: "Unfortunately two girls were snowboarding in the middle of the face and the avalanche hit them so hard.

"We were the first on site and immediately started to do the beacon research.

"We quickly found the first one, second one was 70m down the face and quickly rescued as well.

"While digging out the girls people around continued to ski in every directions and the inevitable happened, second avalanche hit the area and a third person got stocked in it."

The woman was wearing a beacon, which is required when free-riding on open terrain.

Liebenguth added: "The beacon is a tool that allows you to detect other people wearing a beacon in the same area, but also allows you to be detected in case you're getting caught under an avalanche. 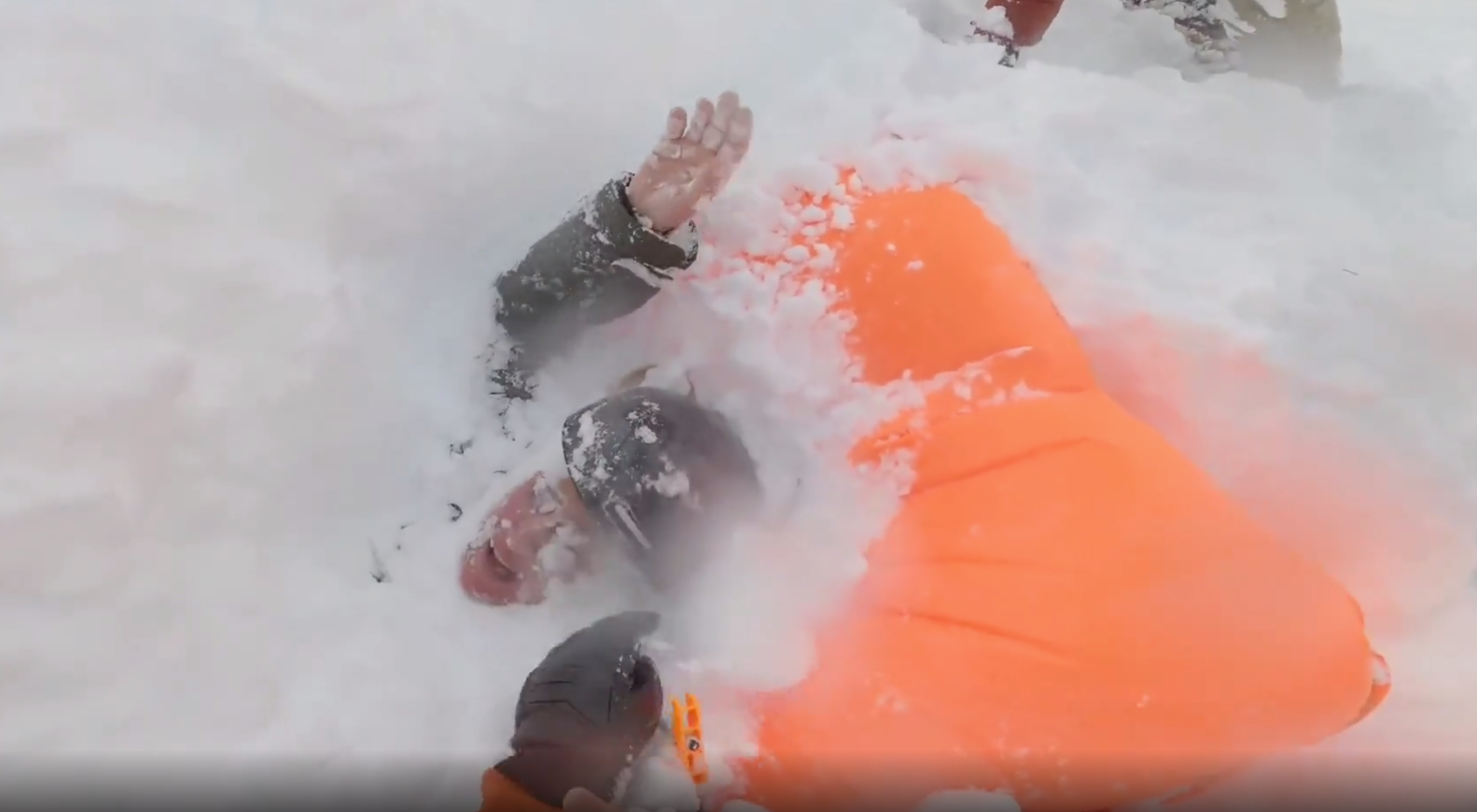 He said the orange bag in the video was the woman's avalanche airbag, which would have helped prevent injuries.

There were no reported deaths as a result of the avalanche.

READ MORE: Kids enjoy playing in snow while skiing and pushing each other