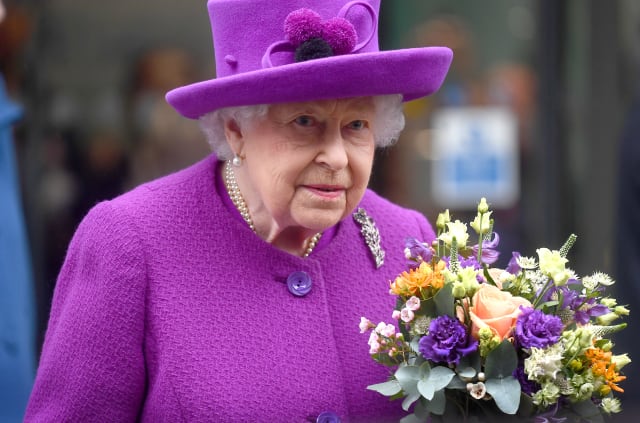 The Queen has been praised as a “consummate professional” for her dedication to duty and service in the face of a turbulent few months for the royal family.

A senior nurse paid tribute to the monarch and compared her to the nursing profession as the Queen officially opened a £100 million medical facility at UCLH (University College London Hospitals NHS Foundation Trust).

The event was her first engagement in London since the crisis sparked by the Duke and Duchess of Sussex’s departure from royal life.

Flo Panel-Coates, the chief nurse at UCLH, commented on the unprecedented period the Queen and the royal family have endured, saying: “She’s a consummate professional, isn’t she?

“She comes out and does what we all do in the health service – she does the right thing and does her duty for the people she serves.”

Harry and Meghan have begun a new life in Canada after choosing financial freedom over being full-time members of the monarchy and will soon give up their HRH styles.

The Duke of York, who celebrated his 60th birthday on Wednesday, has withdrawn from public life following the backlash from his disastrous Newsnight interview about his relationship with convicted sex offender Jeffrey Epstein.

And in recent weeks the royal family has seen two marriage separations announced – the Queen’s grandson Peter Phillips and wife Autumn have said they are in the process of divorcing, and her nephew, the Earl of Snowdon, and his wife, the Countess, have also separated.

The Queen was given a tour of the Royal National ENT Hospital and the Eastman Dental Hospital, which now share a state-of-the-art building in central London, a specialist centre for treating conditions relating to the head and neck.

On the dental specialist floor, the Queen met a group of dentists and dental nurses, who not only treat patients at the hospitals but also teach some of the postgraduate dental hygiene students there.

When Kerry Tilbury, one of the teaching nurses, showed her a dental model with wire braces fitted, the Queen revealed that she had braces as a child: “I had wires; luckily it was a very long time ago.”

In a lighter moment, the Queen met a little boy in the paediatric dental unit, who beamed when his dentist stopped work so the royal visitor could chat to him, a break in treatment for two fused front teeth.

As the schoolboy sat in the dentist’s chair, the Queen asked him: “What are you having done?”

Grinning and baring his teeth, he told her: “I’m having braces”, and she replied: “I think it’s worth it, in the end.”