The Foreign Office has confirmed that Britons on board a coronavirus-stricken cruise ship in Japan will be flown home "as soon as possible".

The UK Government revealed that several Brits were among the hundreds of passengers allowed to leave the Diamond Princess after 14 days in quarantine.

Confirming the repatriation plans for the British passengers, a Foreign and Commonwealth Office (FCO) spokesman said: "We are planning an evacuation flight from Tokyo to the UK as soon as possible for Britons who are on the Diamond Princess.

"We hope the flight will be later this week, subject to permissions from the Japanese authorities."

While the FCO announced some passengers had been allowed to leave the ship, they also said that some of those "will not be able to join the evacuation flight. 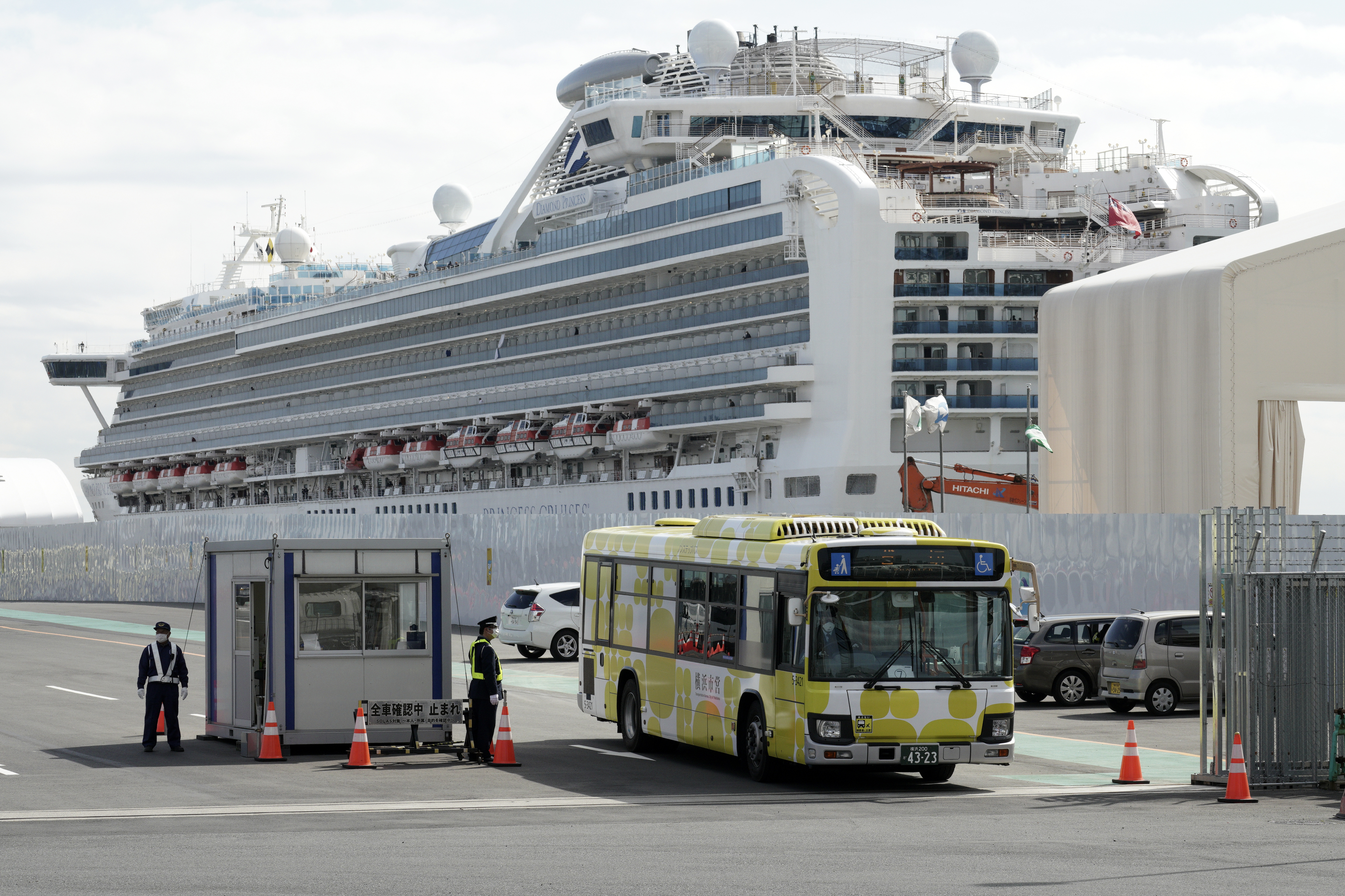 The spokesman added: "We have the utmost concern for the affected Britons and strongly encourage them to register for the evacuation flight."

Hundreds of passengers began leaving the Diamond Princess on Wednesday.

Some passengers said on Twitter they received health check forms asking if they had symptoms such as a headache, fever or coughing. 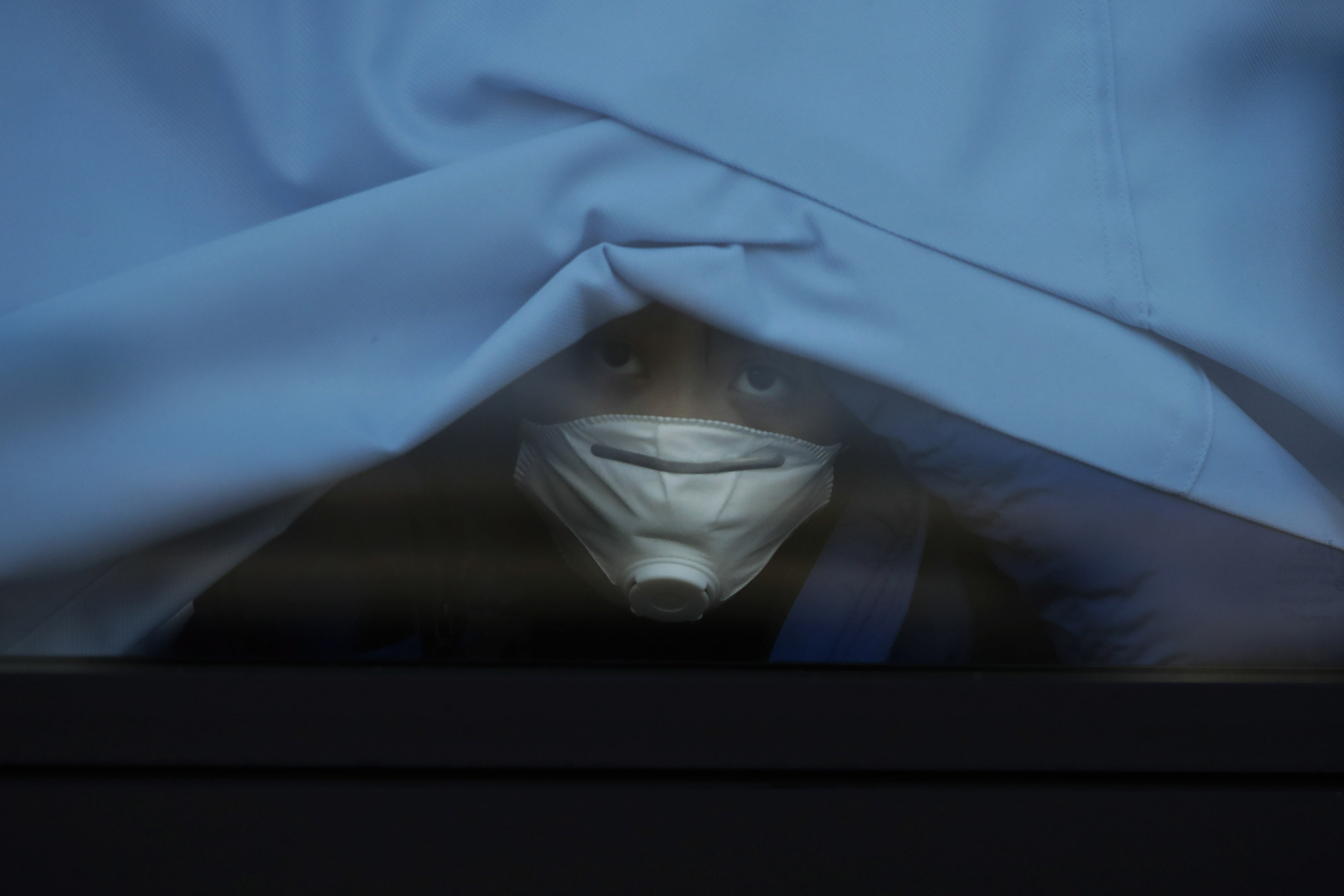 Passengers who tested negative for coronavirus and had no symptoms still had to have their body temperature checked before leaving.

The 14-day quarantine period is due to end for passengers who have been kept in isolation on the ship, which is docked near Yokohama.

Japan's health minister told reporters on Tuesday all passengers still on board had been tested and had samples taken for the coronavirus illness, also known as Covid-19.

Katsunobu Kato said those who had tested negative would start leaving the ship, which has 74 Britons on board, on Wednesday.

"They all want to go home as early as possible, and we hope to assist them so that everyone can get home smoothly," he said.

The departure of hundreds of passengers comes after a British couple on board shared concerns they had tested positive for the virus.

David and Sally Abel have posted regular updates on Facebook and YouTube, pleading with the UK Government to be flown home.

In a message posted on Tuesday morning, Mr Abel said: "There is going to be a time of quiet.

In a follow-up post, he said: "Frankly i think this is a setup! We are NOT being taken to a hospital but a hostel. That's where partners are sent waiting out there (sic) quarantine."

People with the illness are being taken off the ship for treatment at hospitals in Japan.

The FCO said on Monday four Britons from the ship had been confirmed with coronavirus.

A confirmed diagnosis for Mr and Mrs Abel would take the number of British passengers testing positive to six.

Reports from Japan said there were 88 more cases on board the Diamond Princess as of Tuesday, bringing the total to 542.

Alan Steele, a British honeymooner diagnosed with coronavirus on the Diamond Princess, said on Facebook he would be discharged from hospital on Wednesday and reunited with his wife Wendy.

As of Tuesday afternoon, 4,916 people in total have been tested for Covid-19 in the UK, of which nine have come back positive.

The British family who contracted the virus at a French ski resort after spending time with Briton Steve Walsh - the man linked to 11 cases overall - have also been discharged from hospital, French authorities said.

The death toll from the coronavirus known as Covid-19 in mainland China rose to 2,004 on Wednesday as Chinese officials announced a further 136 deaths, up from 98 in the previous 24 hours.

READ MORE:'Millions' in Britain could be ordered to self-isolate if coronavirus cases rise

READ MORE: Why are cruise ships so dangerous when it comes to viruses spreading?