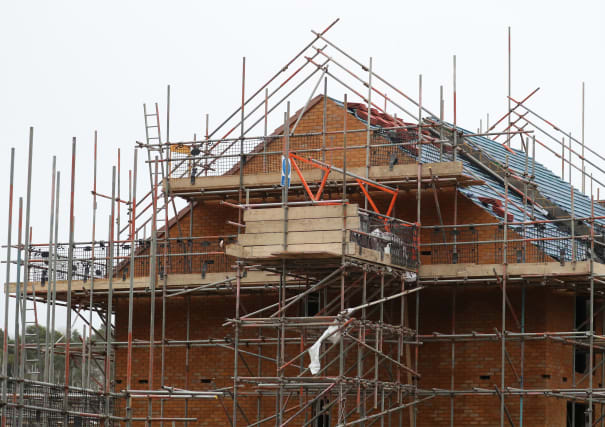 New housing standards do not go far enough to cut carbon emissions and reduce the risk of flooding or overheating, Government climate advisers have warned.

The Government has brought out proposals for a “future homes standard”, which officials say will mean new homes have on average 75-80% lower carbon dioxide emissions from 2025.

Houses will have to have low carbon heating and lower energy use through high levels of energy efficiency, under the proposed rule changes.

But the Government’s advisory Committee on Climate Change has written to Housing Secretary Robert Jenrick warning that eliminating carbon emissions from the country’s homes is one of the toughest challenges as the UK tries to reach its legal target to cut emissions to  net zero by 2050.

The letter says the planned measures for new homes are an important step, but do not go far enough to cut emissions, and address the growing risk of overheating, flooding and water shortages.

Local councils have also raised concerns that the standards, which will be consistent across the country, will prevent them going further and faster in cutting emissions.

The committee warns that most of the homes built now will still be standing in 2050, when targets to cut emissions to net zero will require an end to the burning of fossil fuels including natural gas in homes and climate change will mean heatwaves like in 2018 will be the norm.

“It obviously makes no sense to build homes that will need to be retrofitted again before 2050.

“Making a new home genuinely zero-carbon at the outset is around five times cheaper than retrofitting it later, and almost always will reduce residents’ energy bills too,” they said.

The committee said the full definition of the future homes standard should be set now and legislated ahead of 2024 to give the construction sector certainty, and the date should potentially be brought forward from 2025.

Regulations should mean homes are cheap to run as well as producing zero carbon emissions, so that they are ultra energy efficient, for example meeting “Passivhaus levels” which require very little space heating by 2025.

Standards should explicitly rule out the use of fossil fuels and assess the emissions in building materials to boost the use of wood in construction.

Local authorities that want to set more stringent or earlier targets should be allowed to do so, and changes are needed to makes sure buildings actually meet the standards that are set, the advisers urged.

A spokesman for the Ministry of Housing, Communities and Local  Government said: “We are determined to make sure houses built now and in the future are greener than ever before.”

“Our proposed Future Homes Standard will require all new homes built from 2025 to have 80% fewer carbon emissions, that’s real action to protect our environment and tackle climate change.”

A previous set of standards to ensure new homes were zero carbon, with onsite renewables and high energy efficiency, were due to come into force in 2016 but were scrapped in 2015, a move that was widely criticised at the time.