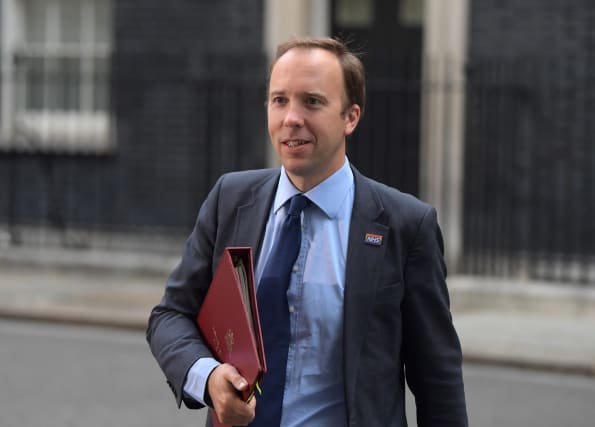 A “life-changing” drug to treat cystic fibrosis may be on the NHS a year earlier than expected after the intervention of Health Secretary Matt Hancock, it has been reported.

Trikafta was scheduled to begin its seven-month NHS appraisal in January 2021 but that process has been accelerated by Mr Hancock.

The West Suffolk MP told the Daily Express he has instructed the National Institute for Health and Care Excellence to begin its appraisal of the drug this week.

Trikafta, which was approved by the US Food and Drug Administration in October, has been shown to improve lung function and treat gastrointestinal issues.

The drug manufactured by US firm Vertex Pharmaceuticals will be licensed for the European market in autumn and may be on the NHS next year.

“At the heart of why I’m in politics is to help everyone achieve their potential,” Mr Hancock was quoted as saying.

“It really matters to me that we get these life-changing drugs on the NHS.”

While testing takes place the Government will continue its negotiations over the drug with Vertex, he added.

The development comes after a “long hoped-for” deal was reached in October to provide lifesaving drugs on the NHS for thousands of cystic fibrosis sufferers in England.

Around 5,000 NHS patients were given full access to Orkambi, Symkevi and Kalydeco, following an agreement between Vertex and NHS England.

That breakthrough followed a row which dragged on for more than three years between the pharmaceutical firm and the NHS over the cost of Orkambi.

The drug is said to slow decline in lung function – the most common cause of death for people with cystic fibrosis.

NHS England said the deal was made possible by the company agreeing confidential commercial terms that constitute good value for British taxpayers.

The Cystic Fibrosis Trust also welcomed the deal, but said that although 4,387 people in England could benefit, Wales and Northern Ireland remained without a deal.

The UK has the second highest prevalence of cystic fibrosis of any country in the world.