Harry and Meghan to end royal duties on March 31 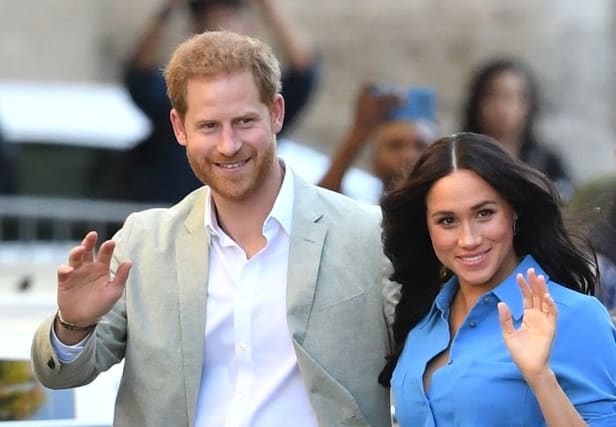 The Duke and Duchess of Sussex’s lives as working royals will end on March 31 when they stop representing the Queen and become financially independent, a spokeswoman for the couple has said.

Harry and Meghan will embark on a new chapter in North America, but sources have stressed they “will be in the United Kingdom regularly” and retain the same charitable goals supporting causes from the Commonwealth to mental health.

The duke and duchess will attend the Commonwealth Day service at Westminster Abbey on March 9, likely to be their last official appearance as working members of the monarchy, with the Queen and other senior royals.

The event is normally attended by the Prince of Wales, Duchess of Cornwall and Duke and Duchess of Cambridge and is a major engagement in the Queen’s calendar.

In the run-up to the service the couple will carry out a string of royal engagements before their new life in Canada begins.

Harry and Meghan will also join spectators at the duke’s flagship charitable event, the Invictus Games, being staged in The Hague in the Netherlands in May, and the duke is expected to attend the London Marathon in April, in his role as patron.

What has been dubbed “Megxit” begins on the day the financial year traditionally ends and appears to neatly tie up their affairs, although there will be a review of arrangements after 12 months.

The spokeswoman said the “Spring 2020 transition will take effect on 31 March”.

As they will not be working royals, their Buckingham Palace office will no longer be needed, and from April 1 they will be represented through their UK foundation team.

A source said: “In addition to continuing to work closely with their existing patronages as they build a plan for engagements in the UK and the Commonwealth throughout the year, the duke and duchess have also been undertaking meetings as part of their ongoing work to establish a new non-profit organisation.

“The details of this new organisation will be shared later in the year.”

Harry and Meghan’s use of the word royal, as in their “Sussex Royal” branding, is being reviewed following their decision to step down from official duties.

Talks involving senior officials are ongoing about the issue and a change will be announced alongside the launch of their new organisation, said the spokeswoman.

The couple will continue to be known as the Duke and Duchess of Sussex, as well as by their titles – the Earl and Countess of Dumbarton and the Baron and Baroness Kilkeel.

The spokeswoman stressed as a grandson of the Queen and the second son of the heir to the throne, Harry remains sixth in line to the throne and the Sussexes’ status in the order of precedence is unchanged.

Harry and Meghan plunged the royal family into a period of crisis when they announced earlier in the year they wanted to step back from their positions as senior royals and become financially independent.

It was later announced they would no longer be working members of the monarchy, split their time between Canada and the UK, with the majority spent in North America, and no longer be known as HRH.

The remaining issue is how the couple will earn an income without being accused of trading on their position as members of the royal family.

Speculation is already rife the Sussexes could have received a fee worth hundreds of thousands of pounds from Harry’s recent speaking engagement at a JP Morgan-sponsored alternative investment summit in Miami, Florida.

Despite the unprecedented move the couple will keep the themes of their public work – the Commonwealth, community, youth empowerment and mental health, collectively.

The couple’s spokeswoman said Harry’s priorities remain supporting the welfare of servicemen and women, conservation, sport for social development, HIV and Travalyst which works to mobilise the tourism and travel industry for social good.

A number of royal engagements were also announced with Harry due to attend an Invictus Games event on February 28, where pop star Jon Bon Jovi will re-record his song Unbroken in aid of the Invictus Games Foundation.

The duke and duchess will attend the Endeavour Fund Awards, which recognises wounded, injured and sick service personnel, on March 5 and the following day Harry will join Formula One world champion Lewis Hamilton at the official opening of the Silverstone Experience, a museum about British motor racing.

Harry and Meghan will attend the Mountbatten Music Festival at the Royal Albert Hall on March 7 and the following day the duchess will mark International Women’s Day.