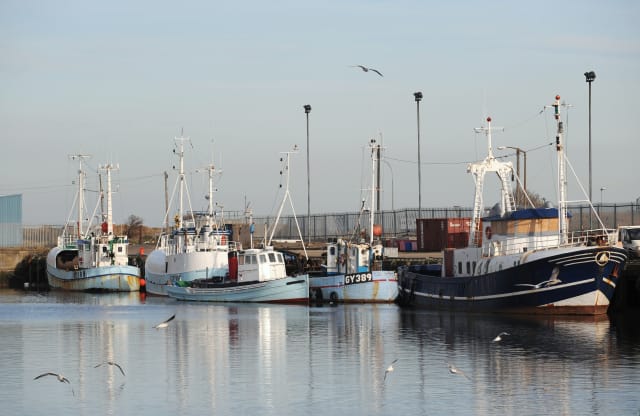 The fishing regulator has apologised after using “scurrilous” language about trawlermen in documents which were used to justify the roll-out of a controversial £1.8 million landings app.

The Marine Management Organisation (MMO) has apologised for “any offence caused” after a leaked internal presentation, seen by the PA news agency, suggested small scale fishermen were likely to cheat the system.

The regulator said the phrasing came from external research when developing the Catch Recording App, a new piece of technology that small scale English fishermen are now being forced to adopt to record catches.

Justifying the need for submissions in the smartphone app to be made before the fish are landed, the paper claimed fishermen in the under 10 metre fleet, which make up 80% of the catching industry, could not be trusted to unload their haul without first “colluding” with black market sellers.

Printed on MMO-headed paper, the document stated that there was a “risk that once the catch leaves the vessel, fishers who were colluding with merchants could shelter black (market) fish and create a fraudulent catch recording, pretending to land non-quota species when actually catching quotes species”.

Industry representatives have hit out at the comments and said they prove the MMO introduced the Catch App to “police” the sector and not to improve landing data, as the regulator had argued.

The leak comes after an online MMO briefing related to Catch App was quickly edited last week to delete a passage which accused elements of the under 10m fleet of being “rule beaters” who “consistently seek to evade regulation”.

“This really is beyond the pale,” said Jerry Percy, director of the New Under Ten Fishermen’s Association (Nutfa).

“Time after time there is another scurrilous comment from the regulator about the under 10m fleet, when the vast majority are just interested in making a living and surviving.”

Predictions from industry insiders that the Catch App could lead to fishermen choosing to tie up their boats for good look to have proven true.

A South West fisherman confirmed he has sold three of his four vessels since the app was introduced in November because of a fear of being bankrupted.

Plymouth-based Brian Tapper was one of those impacted when the MMO told 2,114 vessel-owners in England that they must record the weight of each fish species they land before unloading.

The ban on landing the fish first, according to industry spokesmen, is forcing skippers to guess the weights because few of the small boats have scales on board.

Boat owners face possible prosecution and a fine, rising up to £100,000 in the worst cases, for declarations that are over the allowed 10% margin of error.

Mr Tapper, who owns a fishing and crabbing business, said he had to let at least six staff go after scaling down from four boats to just one.

The fourth-generation fisherman found that, even with scales on-board his recently-sold Karen Marie vessel, the movement of the boat when weighing meant the majority of his app submissions were still over the prosecutable threshold.

The 47-year-old told PA: “The app was a huge part of my reason to sell up.

“All it takes is to be pulled up two or three times and I could have had my house repossessed if I couldn’t afford the fines.

“You work your whole life but a couple of errors and they could have taken everything I’d worked for.”

Fishermen argue that if they were given a 24-hour reprieve after landing, then they would have time to grade their fish and submit exact landing weights using the app.

The devolved Welsh government, which delayed roll-out of the Catch App until February 28, has offered its under 10m fishermen such a buffer when using the technology.

Tory MPs used last week’s fisheries debate in Parliament to urge the Government to undertake a “complete rethink” on the app, and Labour has called for it to be scrapped.

Vessels longer than 10m do not have to account for any fish species that weigh less than 50kgs.

James White, chairman of the Felixstowe Ferry Fisherman’s Association, said the leaked comments from the MMO demonstrated for him that the app’s implementation was about policing fishermen, not improving sustainability.

Mr White has so far refused to use the Catch App out of fear he could be criminalised.

In a survey created by the Coastal Producer Organisation and undertaken by more than 200 people, 80% of all respondents said they thought the MMO had introduced the app to “find another way to prosecute fishermen”.

“Our feeling is that the MMO has become a police force, that’s what we are seeing on the ground,” Mr White, whose organisation represents 12 vessels on the Suffolk coast, told PA.

“These statements back up how we feel.

“It is an attack on our way of life.

“I can see the communal scales from where I land my boat but the MMO says we can’t unload fish from our vessels first, so instead they are asking us to guess weights.

“There is no logic to it.

“If they don’t change soon then we will lose our community.

“We really are on our last legs down here.”

An MMO spokesman, explaining where the leaked document originated from, said: “The wording used within the presentation comes from independent research undertaken during the initial process of developing the Catch Recording App.

“It does not reflect the views of the MMO or Defra.

“We apologise for any offence caused to the sector and we look forward to continue working with them to maintain a thriving, sustainable fishing industry.”

The Department for Environment, Food and Rural Affairs (Defra) has been approached for comment.