Captain of TV’s The Love Boat tells Princess Diamond passengers: hang in there 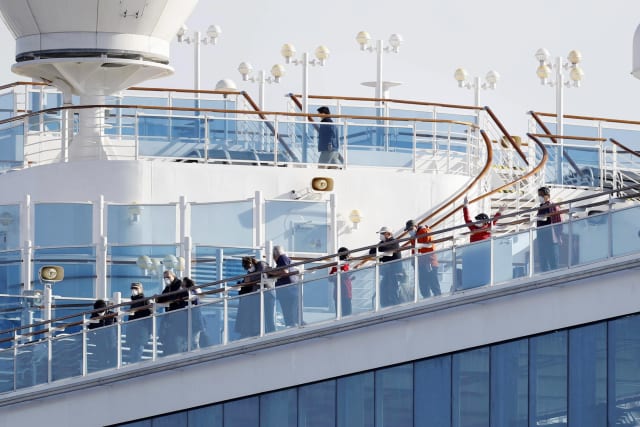 The fictional captain of hit TV show The Love Boat was among those sending a video encouraging passengers on the quarantined Princess Diamond cruise liner to “hang in there”.

Around 500 passengers have left the ship at the end of a two-week quarantine that failed to stop the spread of the deadly coronavirus, known as Covid-19, among passengers and crew.

However, it will take several days for all passengers to leave the Princess Diamond after testing as the results require two to three days to complete.

A certificate indicating a negative Covid-19 test result is expected to be granted by Japanese health authorities to allow them to leave the ship.

Among those sending well-wishes to people still on board the ship was Gavin MacLeod, better known as Captain Merrill Stubing on the Pacific Princess in The Love Boat.

MacLeod said: “You have gone above and beyond. You are the best. Please know you are all in our prayers.”

Passengers on other ships in the Princess fleet also sent encouraging videos.

More than 620 people contracted the virus on the Princess Diamond and the Japanese government has been questioned over its decision to keep people on the ship, which some experts called a perfect virus incubator.

British pensioners David and Sally Abel were among those to test positive for the disease.

The Foreign and Commonwealth Office said Britons on board the liner will be evacuated “as soon as possible”.

Passengers have been fully refunded for their cruise, including air travel, hotel and transfers.