Boris Johnson has been warned that the European Union (EU) views negotiations with the UK as a "different ball game" to the trade talks which secured an agreement with Canada.

The Prime Minister wants a Canada-style trade deal which would leave the UK free to diverge from EU rules.

But a key aide to Brussels' chief negotiator Michel Barnier said the EU would not budge from its insistence on a "level playing field" on state subsidies, environmental protections and workers' rights as the price of any deal.

Stefaan De Rynck said: "It's clear that for us it's a different ball game that we are playing with the UK to the one that we agreed with Canada in terms of the level playing field." 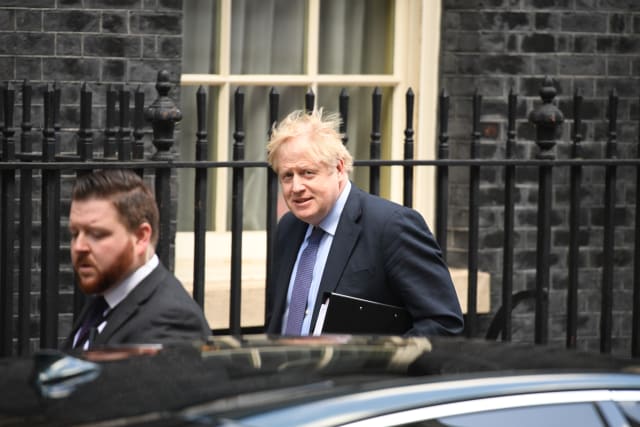 He was speaking after the Prime Minister's negotiator David Frost warned that "to think that we might accept EU supervision on so-called level playing field issues simply fails to see the point of what we are doing".

Mr De Rynck said the UK's closeness to the EU in terms of both distance and trading relationships meant the level playing field conditions were more important than in other trade deals struck by Brussels.

"Some in the UK now seem to want to become Canadians. But Dover is much closer to Calais than Ottawa is," he said in a speech at the London School of Economics.

"Proximity matters, distance matters in trade. What also matters is the interconnectedness between our economies.

"So, in terms of zero tariff, zero quota access, this brings a lot of benefits to the UK economy and with benefits come obligations."

"Indeed the idea at the heart of the Political Declaration which has been agreed is having common standards on the issue of the level playing field."

The goal of "zero tariff, zero quota" trade is set out in the Political Declaration agreed by the Prime Minister and the EU in 2019.

But Mr De Rynck said there was concern in Brussels about the Government attempting to deviate from the shared declaration.

A written ministerial statement published alongside the Prime Minister's major Brexit speech earlier in February was a "source of some concern in terms of the level of ambition in the Political Declaration not perhaps being fully met", he said.

With a deal needing to be reached by the end of the year, Mr De Rynck warned the talks could get "rather difficult".

"We have a vast amount of work and we seem to have 10 months to do it, or less than 10 months if you calculate the time for ratification so that everybody can be ready on January 1, 2021 for the new regime," he said.

"I would expect some of these negotiations to be rather difficult, perhaps more difficult that during withdrawal because the scope of issues is so much vaster."

The scale of the challenge was underlined this week by French foreign minister Jean-Yves le Drian, who predicted the two sides in the negotiations would "rip each other apart".

He warned that an equivalence regime for financial services – where one side accepts the other's regulations are suitably robust – would not mean business as usual for the City.

"Equivalence is certainly not continuity, it does not exist for every service in the financial sector," he said.

"Equivalence is not something that can make up for the loss of the benefits of the single market."

On security, he stressed that "the closest possible co-operation in this field requires, ultimately, the (European) Court of Justice" to be involved if there are concepts derived from European Union law – something that Brexiteers will find hard to accept.