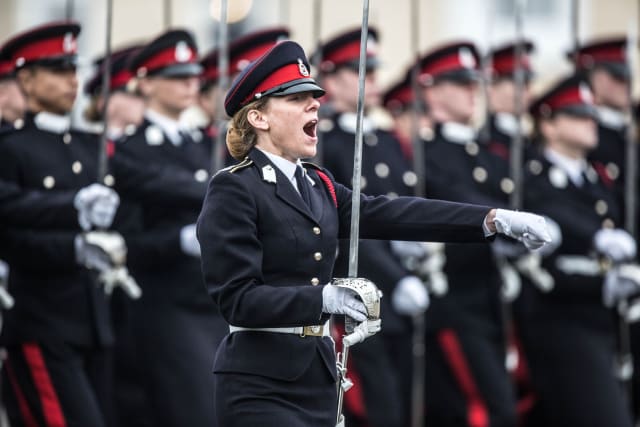 The first woman soldier to complete the Paras’ gruelling P Company test has been hailed as a “trailblazer” by the Army.

Women have been invited to take par in the All Arms Pre Parachute Selection (AAPPS) course at Catterick Garrison, in North Yorkshire, since the 1990s.

But  Captain Rosie Wild,  28, has become the first woman to pass P Company.

The five-day test is one of the most famous in military training world-wide and has to be passed by all recruits to the Parachute Regiment and related Army units.

Its eight elements include a 20-mile (32 km) march carrying a 35lb (16kg) pack and a rifle, which must be completed in under four hours and 10 minutes, and the Trainasium, a 55ft (17m) high assault course.

Candidates must also  take part in “milling”, a 60-second boxing match which allows only attack and no defensive moves.

“Women have been invited to undertake the gruelling P Company course since the mid-1990s, several have attempted but Captain Wild is the first to pass.

“She is a trailblazer and we hope that her achievement will encourage other women to have a go.

“A more representative force will only make us stronger.

“Capt Wild is now keen to get on with joining her next regiment in a new role supporting the British Army’s Air Assault Task Force.”

It said the AAPPS course for non-Parachute Regiment recruits includes the same eight challenges and run by the same staff.

Capt Wild received the Sword of Honour when she graduated from the Royal Military Academy Sandhurst in December 2016, receiving the accolade from the Duchess of Cornwall.