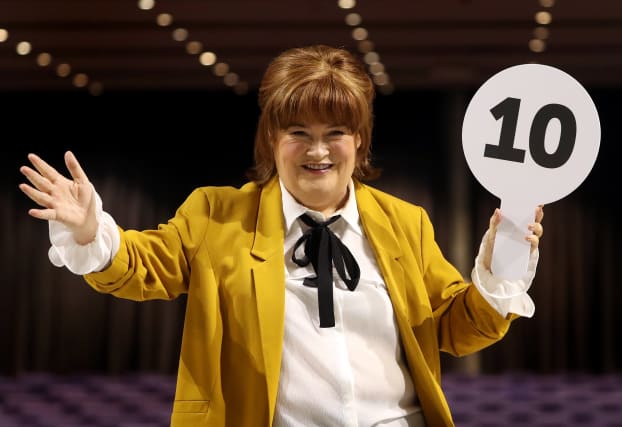 Susan Boyle has said she is “very excited” ahead of her upcoming tour, which will include a return to the stage where her journey to fame began.

The singer will hit the road for her Ten tour in March, playing in eight cities starting in Edinburgh on March 1.

The third stop will be the SEC Armadillo in Glasgow, where she stunned Britain’s Got Talent judges Simon Cowell, Piers Morgan and Amanda Holden in 2009 with her audition in which she sang I Dreamed A Dream from Les Miserables.

At a photo call on the stage in Glasgow on Tuesday, she said she was particularly looking forward to her show in the city.

“I’m looking forward to performing in Glasgow because Glasgow audiences are very warm and friendly, so is everybody, but particularly here because it’s got some memories for me.

“This is where it all began, deja vu, full circle if you like.”

The singer finished as the runner-up on Britain’s Got Talent behind dance group Diversity.

Boyle, 58, has gone on to sell millions of records and earn two Grammy nominations.

But she still has clear memories of the audition that launched her career.

She said: “I remember being backstage and sashaying on with an awful frock on, awful haircut and I don’t know how the heck I got through.  Well, I made a mark somewhere.

“I was out for just a bit of fun that day and look what happened, even more fun came my way.”

She said she was “stunned, absolutely stunned, but delighted and very grateful” following the judges’ reaction to her audition, which has opened up a raft of opportunities.

During her Ten tour, marking her decade of fame, she will sing old favourites as well as some new songs.

She will be joined by fellow Britain’s Got Talent star Jai McDowall, who won the fifth series and signed a recording contract with Syco.

Thinking back over the last decade she said: “It’s been like a roller coaster, being able to see different countries and working on my ninth album at the moment, it’s been really  busy.”

The tour opens at the Usher Hall in Edinburgh on March 1 and includes shows in Dundee, Glasgow, Nottingham, Bristol and Cardiff.