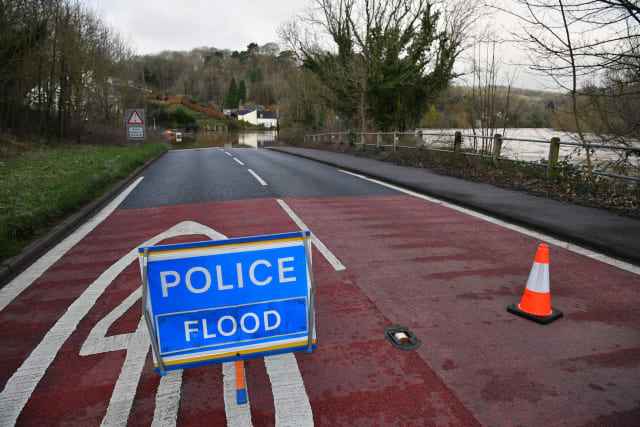 Residents in the Scottish Borders have been “cut off” by Storm Dennis, according to local MSP Rachael Hamilton.

The Ettrick, Roxburgh and Berwickshire representative has asked the Scottish Government what more can be done to help those affected.

Ms Hamilton praised the response of ministers so far to the flooding, with the First Minister paying a visit to Newcastleton – the worst-hit area – on Monday and rural affairs minister Mairi Gougeon doing the same on Tuesday.

“Many people have had to be rehoused, including elderly and vulnerable people, and the local roads are almost impassable.

“Essentially, this already remote village is cut off in most directions.”

She added: “I want to thank, as well as the minister, the resilience team who have worked tirelessly to ensure that residents in Newcastleton have been rehomed or looked after.

“However, you know minister that more resources are needed and following the visit this morning can I ask the minister what immediate support will be given to the residents of Newcastleton by the Scottish Government to assist them in clearing flooded roads and drain water?”

In response, Ms Gougeon said there had been immediate action to ensure temporary accommodation for those who needed it, with Ms Hamilton saying around 70 homes in Newcastleton were flooded – and the number expected to rise.

Ms Gougeon said: “That was really what I got from the meeting with residents today – it was really just that sense of isolation.

“I completely understand the part about the roads as well because a lot of them are still closed in the area, which has just compounded the problem.”

She added: “As a result of that meeting … I’ve undertaken some actions immediately because, as Rachael Hamilton talked about, housing is a major issue.

“I know that’s being looked into but it’s also something that I’m raising with the housing minister so we can see how we can really take that forward and ensure that everyone gets the accommodation that they need.

“I am absolutely committed to helping out.”

Ms Gougeon said she would be happy to pay another visit to the village to see how the clean-up was progressing and what more support could be offered.