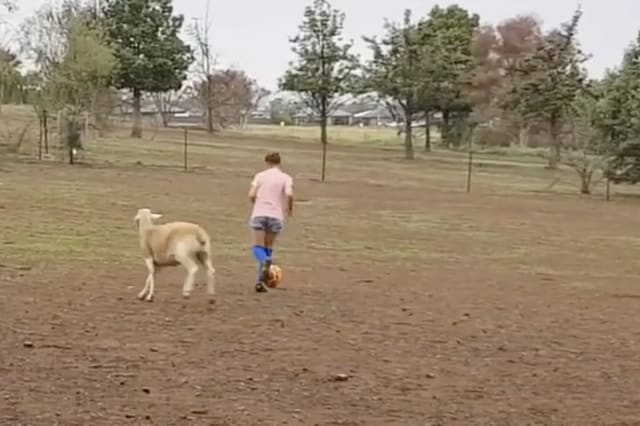 A sheep brought joy to a family in drought-stricken Tamworth, Australia, by showing off his football skills.

The sheep, aptly named Sunny because he looked like he wore sunglass as a lamb, was adopted by Alicia Bonomo and her two daughters after they found him alone in a neighbour's paddock last year.

After letting the neighbour know, the Bonomo family brought a cold, weak, Sunny back to their home where they nursed the animal indoors until he was strong enough to live outside.

"My daughter wanted to kick the soccer ball around and thought his paddock was a good open area," Bonomo told Storyful.

To their surprise, Sunny also wanted to kick the ball around.

"Having a pet sheep like Sunny is lots of fun," Bonomo said.

"He is very noisy. Always wanting more food and a rub on his nose."