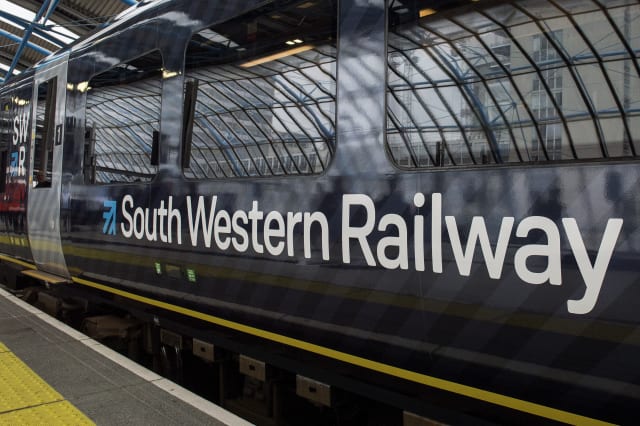 Thousands of rail passengers hit by a strike which lasted for most of December will be offered additional compensation, a train operator has announced.

South Western Railway (SWR) said season ticket holders and daily ticket holders who travelled “frequently” during the industrial action will be able to claim payouts equivalent to the cost of up to five days of travel.

Passengers suffered weeks of travel misery when members of the Rail, Maritime and Transport (RMT) union went on strike for 27 days during December in a row over the role of guards on trains.

Thousands of services were cancelled, including commuter trains to the UK’s busiest station London Waterloo.

SWR said it carried “over 80% of the number of passengers we normally would have done” but decided to offer compensation above the standard delay repay scheme due to the “duration and intensity of the strike”.

RMT general secretary Mick Cash said: “SWR have already been heavily compensated by the Government during the RMT action over rail safety‎ so this is just the company recycling a bit of public money back to the taxpayers.

“Instead of indulging in this financial chicanery the company should be back round the table with the union negotiating a settlement to the guards’ safety dispute.”

Campaign group the Association of British Commuters said the amount of money being offered is “completely insufficient for the people who’ve been hit hardest by this Government’s proxy dispute”.

SWR said it wants a guard on every train, with a safety-critical role, but it wants them to spend more time helping passengers such as those in wheelchairs and with buggies.

The union said its plan would ensure there is a guard on every train, and guards would retain their safety-related competencies, including having an active role in the safe despatch of trains.

He wrote on Twitter: “Pleased to say that South Western Railway passengers will get compensated for those reckless Xmas strikes which disrupted thousands of journeys throughout December.

“The Department for Transport is introducing laws to help protect commuters from unreasonable disruption in the future.”

Any strike will be unlawful unless a minimum service agreement is in place, and if it is not honoured, a strike shall be unlawful and injunctions or damages may be sought against unions.

SWR pledged to contact those season ticket holders it holds details for about the additional compensation.

Other passengers will have to apply for a payout. Details of how to do this have not been released.