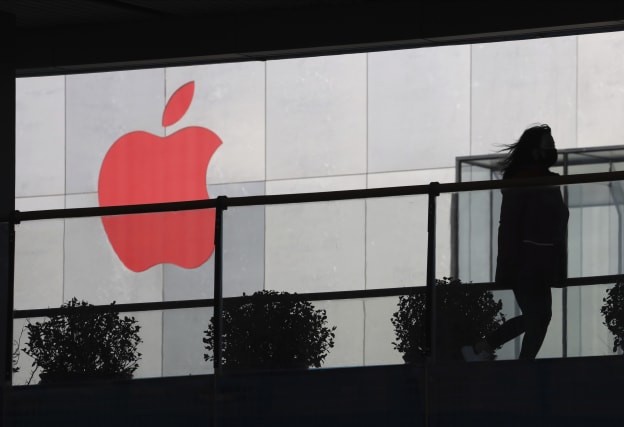 The London markets stumbled into the red as major global firms were shaken by Apple’s warning that coronavirus will press on the firm’s revenues.

The pound also strengthened, weighing down on the FTSE, after employment grew faster than forecast and the new Chancellor held firm on next month’s Budget date.

Connor Campbell, financial analyst at Spreadex, said the session was driven by investors considering the potential impact of coronavirus, but losses were on the “more reasonable end of the spectrum”.

He said: “Instead of panicking, the European and US indices posted relatively mild declines.

“Potentially helping to drown out the alarm bells was President Xi Jinping’s argument that China can still hit its 6% growth target in 2020 – a bold, likely misleading claim that nevertheless may have acted to mitigate Tuesday’s losses.”

The European indices nonetheless dropped lower after a subdued session on Tuesday.

Across the Atlantic, the Dow Jones also opened lower, as the market was initially shaken by Apple’s cautious update, but still remains in sight of its all-time highs.

The price of oil was also dented further by coronavirus fears as companies connected to China remain cautious.

The number of people in work increased by 180,000 to 32.93 million in the three months to December, a record high, the Office for National Statistics said.

In company news, HSBC led a tough day for multinationals, as its shares dived on news that the global bank plans to axe 35,000 roles across its business as part of a major overhaul.

The bank’s finance chief Ewen Stevenson said there will be “meaningful” cuts in the UK where the bank employs around 40,000 people.

Elsewhere, Glencore was another major faller, closing lower after it swung to a net loss of 404 million US dollars (£311 million).

The mining firm also said it has one eye firmly on the coronavirus outbreak, which has already pushed down prices of some commodities. Shares closed down 10.55p at 226.1p at the end of trading.

Fellow miner BHP also dipped lower, despite announcing it will pay out its second highest ever dividend to shareholders after reporting soaring profits.

Holiday Inn owner InterContinental Hotels Group move higher after it posted an increase in annual profits, despite suffering as a result of protests in Hong Kong. Shares increased by 99.5p to 4,929p.