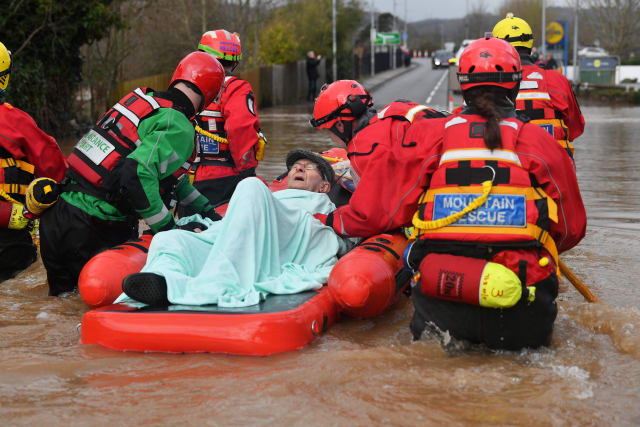 Mountain rescue teams evacuated an elderly man from his home on a flooded road in Monmouth.

Peter Morgan was trapped in his home on the A466 in the town due to rising river levels caused by Storm Dennis.

They made their way to Mr Morgan’s home with a raft at 10.40am and used a sledgehammer to break his back door open, before carrying him to the raft, where he was wrapped in blankets.

He reached dry land at 11.20am and was taken to be checked over by medical staff.

Other neighbours of the road ventured to a nearby Lidl supermarket on canoes to pick up their food shopping.