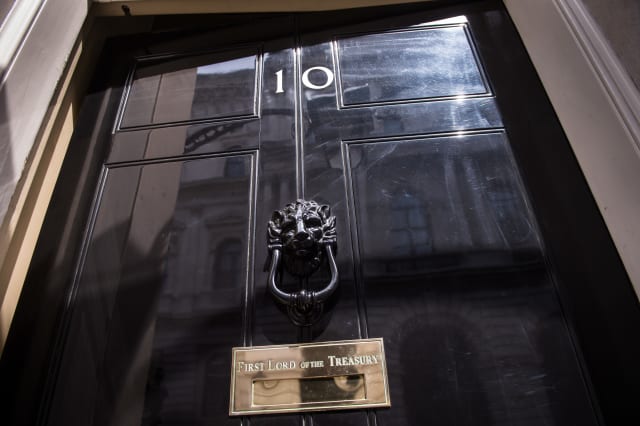 A controversial Downing Street adviser “jumped before he was pushed”, a minister has said, after a slew of “reprehensible” past comments fuelled a political firestorm across party lines.

Andrew Sabisky, who once suggested enforcing the uptake of contraception to stop unplanned pregnancies creating a “permanent underclass”, announced he was standing down on Monday evening.

He said he did not want to be a distraction to the Government – having come under attack from Tory and Labour MPs over his highly contentious comments.

Business minister Kwasi Kwarteng described the past remarks – which included a suggestion that black Americans have a lower average IQ than white Americans – as “offensive” and “racist”.

“What I do know is that his remarks were offensive and racist and as soon as they came to light, he left the Government pretty quickly.”

Mr Kwarteng said he suspected Mr Sabisky “jumped before he was pushed”, and that he thought the Government would be “looking at vetting processes more closely” in light of the drama.

Mr Sabisky announced he was quitting on Monday evening – describing the “media hysteria about my old stuff online” as “mad”.

And he said: “I know this will disappoint a lot of ppl but I signed up to do real work, not be in the middle of a giant character assassination: if I can’t do the work properly there’s no point, & I have a lot of other things to do w/ my life.”

Conservative Caroline Nokes, chairwoman of the Commons Women and Equalities Committee, said she was “relieved” he had resigned, but criticised the “silence” from Downing Street.

“I was disappointed that yesterday there was silence from Downing Street regarding his previous comments and it does seem that when the call went out for misfits and weirdos, that was exactly what Downing Street got.”

She added: “I think he needed to come out earlier and explain himself, he needed to apologise for those comments and unfortunately we had 48 hours of almost complete silence and no comment from Downing Street, who could have distanced themselves from his youthful comments at any point, but they chose not to do so.”

Boris Johnson was put under mounting pressure to sack Mr Sabisky, who was drafted in to Number 10 after the Prime Minister’s chief adviser Dominic Cummings called for “misfits and weirdos” to apply to advise the Government.

Downing Street had earlier refused to condemn the remarks, a stance Labour said was “disgusting”, while Scottish First Minister Nicola Sturgeon said the Government must “demonstrate some basic but fundamental values”.

Speaking after Mr Sabisky’s resignation, Labour Party chairman Ian Lavery said: “It’s right that Andrew Sabisky is no longer working in government. He should never have been appointed in the first place.

“After Number 10 publicly stood by him today, Boris Johnson has serious questions to answer about how this appointment was made and whether he agrees with his vile views.”

Mr Sabisky reportedly once suggested that the benefits of a purported cognitive enhancer, which can prove fatal, are “probably worth a dead kid once a year”.

And writing on Mr Cummings’s website in 2014, he said: “One way to get around the problems of unplanned pregnancies creating a permanent underclass would be to legally enforce universal uptake of long-term contraception at the onset of puberty.

“Vaccination laws give it a precedent, I would argue.”