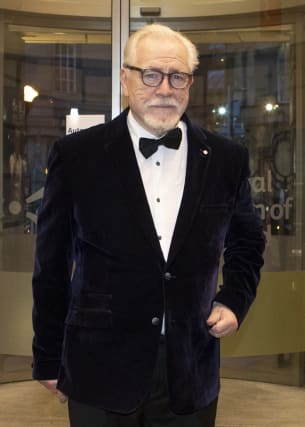 Actor Brian Cox has said the Cop26 UN climate summit in Glasgow can be a success if the UK Government can “get their act together”.

The Succession star was speaking ahead of the Hunter Foundation dinner in Edinburgh on Tuesday, with special guest speaker Sir David Attenborough.

Cox said it was an honour to listen to the veteran broadcaster adding that it was “vital” that action was taken to tackle climate change.

The 73-year-old of Dundee said: “If (the UK Government) can really get their act together then yes (it could be a success).

“They can’t vacillate, they have really got to be clear about it and they can’t use it as a totem thing.”

Alok Sharma was announced as minister for Cop26, which is due to take place in Glasgow in November.

It should see world leaders gather in the city to discuss goals for tackling climate change.