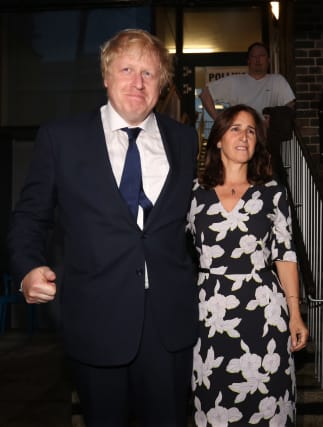 Prime Minister Boris Johnson and his estranged wife Marina Wheeler are preparing to end their marriage after reaching an agreement over money.

A family court judge on Tuesday approved a financial settlement and gave Ms Wheeler permission to apply for a divorce decree which will bring the marriage to an end.

Neither Mr Johnson nor Ms Wheeler, a barrister, were at the 10-minute private hearing in the Central Family Court in London but both were represented by lawyers.

Mr Johnson is believed to be the first prime minister to be divorced in office in modern times.

Judge Sarah Gibbons oversaw the hearing, which was listed on public case listings as “Wheeler v Johnson”, in private.

Members of the public were barred but the judge said journalists could attend.

She said Mr Johnson and Ms Wheeler could be named in reports but said no detail relating to money could be revealed.

Detail of the settlement was provided to the judge in writing by lawyers.

Ms Wheeler and Mr Johnson, who have four children, separated in 2018 after marrying in 1993.

Mr Johnson, 55, has been dating Carrie Symonds, 31, since last year and the couple live together in Downing Street.

Judge Gibbons gave Ms Wheeler the go-ahead to apply for decree absolute, a divorce decree which will end the marriage, “out of time”.

Rules say applications for a decree absolute must be made within 12 months of the granting on an initial divorce decree, a decree nisi.

Applicants have to tell a judge why there has been a delay if an application is made outside that 12-month period.

Mr Johnson and Ms Wheeler announced that they had separated, and were going through the divorce process, in September 2018.

He was a childhood friend of Ms Wheeler – the daughter of BBC journalist Charles Wheeler – when both were pupils at the European School in Brussels.

Mr Johnson met his first wife, Allegra Mostyn-Owen, while they were students at Oxford.