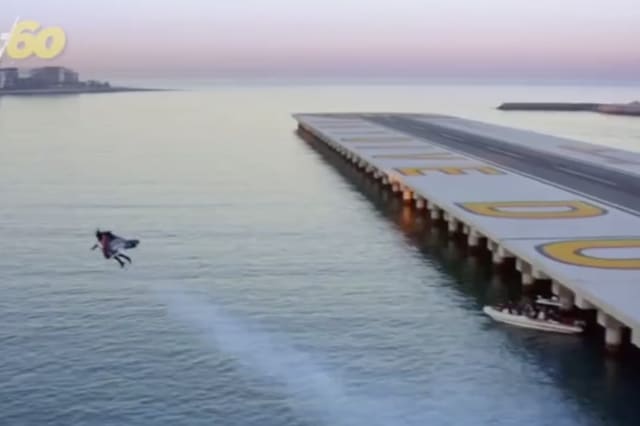 Is it a bird? Is it a plane? No - it's French jetman Vince Reffet.

He was able to soar high above Dubai thanks to these jet powered wings that made him reach almost 6,000 feet above sea level.

The amazing flight took place during Expo 2020 Dubai. His carbon fibre wings were powered by four mini jet engines which allowed him to reach speeds of up to 248mph.

Footage from the three-minute flight shows the amazing views experienced as he flew high above the United Arab Emirates city.

He then opened his parachute and dropped back to the ground where he shared the excitement along with his team.

Watch the video above to see for yourself.