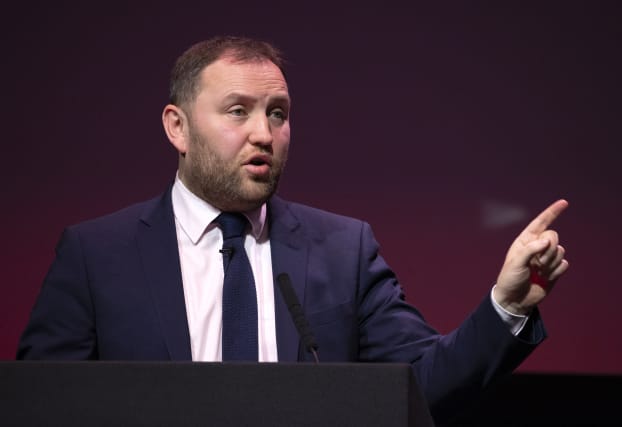 Ian Murray has said that “nobody understands Scotland” in Labour’s deputy leadership race.

Mr Murray, speaking exclusively to the PA news agency, said that discussing the importance of Scotland had only been raised by candidates for the position after he entered the contest.

The Edinburgh South MP, the only remaining Scottish Labour MP, also said that Rebecca Long-Bailey – running to be leader of the party – had so far failed to speak to him about Scotland.

“Nobody understands Scotland and they still don’t. When you mention Scotland, everyone runs as far as they possibly can,” Mr Murray told PA at his Westminster office.

“Now that’s not a criticism, that’s just a reality because I wouldn’t dare to try and understand the politics of Birmingham or the East Midlands or Wales, et cetera, et cetera. Why would you, because you have your own speciality and interests.”

Asked whether candidates’ awareness of Scottish issues was improving, he said: “It’s getting better, but it’s only getting better because I entered this race.

“I’ve spoken to them all apart from Rebecca, because Rebecca has got the Jeremy Corbyn continuity attitude to Scotland which is completely wrong.

Mr Murray also insisted that it was time for some “bloody honesty” about why Labour lost the general election.

He said: “The whole reason that I’ve entered the deputy leadership race, yes I’m in it to win it, but the second was to try and get some bloody honesty about what’s actually happened here – Jeremy Corbyn, Brexit and a policy platform that (voters) didn’t think could be delivered. That’s it. Anybody else that thinks it’s the BBC’s fault or the Daily Mail’s is off the wall.”

Asked whether any of the current leadership contenders had reached out to him as the only Scottish Labour MP for his advice on Scotland, he said that he had not yet been contacted by Ms Long-Bailey.

“I’ve been speaking a lot to Keir’s team and to Keir,” said Mr Murray.

“Also Keir has been talking to a lot of people in Scotland to try and get that viewpoint, that’s a sensible viewpoint. I mean, Keir’s now talking about a constitutional convention which I’ve been speaking about now for three years. So he’s on that platform.

“I think Lisa Nandy’s been incredibly strong on the Scotland issues and I’ve been speaking to her about that. Rebecca’s obviously not reached out because Rebecca thinks that this ‘continuity-Corbyn’ is the way to win elections and it’s just not.

“And that’s disappointing, and it’s even more disappointing that not only is it Rebecca that’s saying that, but she’s (on a slate with) Angela Rayner. You know, the two of them are backing each other’s campaigns.

“We’ve got Richard Burgon who takes the Rebecca Long-Bailey route as well, we’ve got Dawn Butler who spoke at the Cardiff hustings about letting people get on with governing the way they want in terms of Scotland if it breaks away, it breaks away, Wales… it was just madness.

“So a lot of the other candidates, I’m dragging them along on this kind of basis and to be fair to Keir and Lisa, they’ve both sought advice on this, not just from me but from other sensible voices in Scotland. Rebecca’s decided not to.”

“As I keep saying to my deputy leadership colleagues, they just talk about a million per cent loyalty and to me that’s wrong because a deputy leader’s supposed to reflect not only the country but be the filter for the party.”

He added: “I’d certainly be a critical friend on the Scotland stuff because she’s (Ms Long-Bailey) getting it wrong. We cannot pander to independence in Scotland, to a second independence referendum. It doesn’t bring us any more votes, and even if it was important just to pander to win more votes, it’s wrong for the country and it’s against everything that we believe in.”