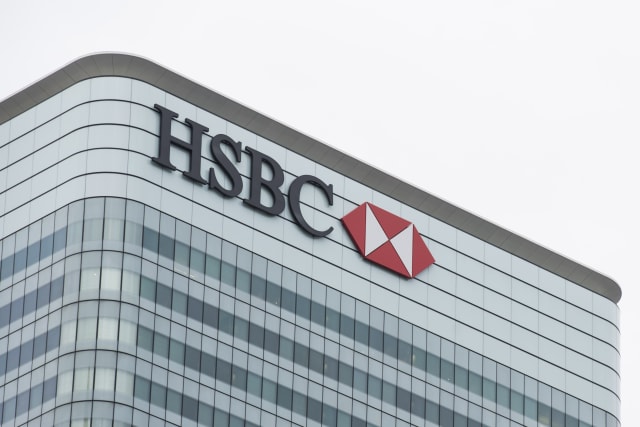 The boss of HSBC has announced the bank’s biggest change in years, as it prepares to reduce its headcount by approximately 35,000 jobs around the world.

Interim chief executive Noel Quinn said the number of people employed by the lender will go from 235,000 to 200,000 over the next three years. It means that almost 15% of the bank’s workforce will be lost.

The move comes as HSBC plans to slash more than 100 billion US dollars (£77 billion) from the bank’s risk-weighted assets. Banks must hold capital against assets, such as loans, based on their riskiness, so that they can take the blow if the asset is lost.

The bank said the drop was due to “a goodwill impairment” of 7.3 billion dollars (£5.6 billion).

“This arose from an update to long-term economic growth assumptions, which impacted a number of our businesses,” HSBC’s annual results statement said.

The company warned that the outbreak of coronavirus had caused “significant disruption” for its business, especially in mainland China and Hong Kong.

It is headquartered in London but almost half its revenue and nearly 90% of profit came from Asia in 2018, with much of that coming from Hong Kong.

HSBC said coronavirus might push down lending and transactions in the region, which could reduce its revenue. It lowered its outlook for the overall Asian economy in 2020, mainly in the first quarter of the year.

Mr Quinn said: “The group’s 2019 performance was resilient, however parts of our business are not delivering acceptable returns.”

The business said it is still looking for a full-time boss to replace Mr Quinn, and hopes to do so within the next six to 12 months.

The HSBC statement also addressed Brexit, saying that: “Now that the UK has officially left the EU, negotiations can begin on their future relationship.

“This has provided some certainty, but no trade negotiation is ever straightforward. It is essential that the eventual agreement protects and fosters the many benefits that financial services provide to both the UK and the EU.”

It added that as well as remaining close to Europe, the UK must also strengthen its links with other key partners, including the US, China and south-east Asia.

Mr Quinn said he and his team had begun implementing a plan to “increase returns for investors, create the capacity for future investment, and build a platform for sustainable growth”.

The restructure involves “consolidating” of some parts of the business and “reorganising the global functions and head office”.