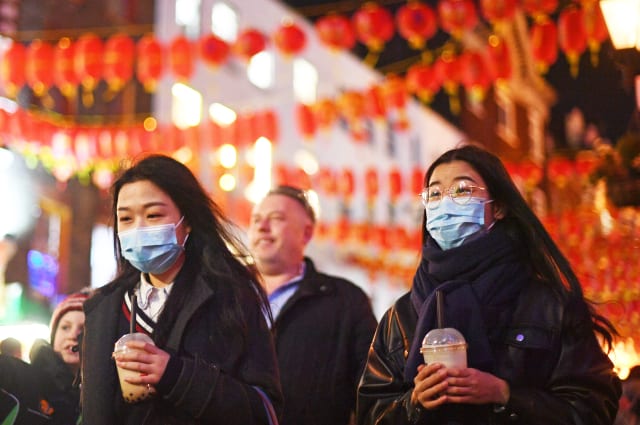 Chinese nationals in the UK whose visas are about to expire will have their stay extended amid the coronavirus outbreak, the Government has announced.

New guidance issued by the Home Office to Chinese nationals says that if their visa is due to expire between January 24 and March 30, it will be automatically extended until March 31.

The Home Office said on Monday it recognised that some may be facing uncertainty over their visas due to travel restrictions.

Airlines have cancelled flights amid the outbreak of the coronavirus illness, also known as Covid-19, while the Foreign and Commonwealth Office (FCO) advises “against all but essential” travel to mainland China.

Chinese nationals will be given the automatic extension ensuring they have been compliant with their visa conditions prior to the outbreak, the guidance says.

Those affected do not need to do anything to get this extension, and will be subject to the same immigration conditions.

The FCO updated its travel advice to warn against all but essential travel to mainland China at the end of January, recommending that any British nationals who were able to leave China did so.

It currently advises against all travel to the Hubei province, which has been hit hardest by the outbreak.

The updated guidance from the Home Office comes after a total of 4,501 people have now been tested for Covid-19 in the UK, of which nine have come back positive.

Eight of those patients now discharged from hospital.