Storms bring more rain ‘100% for certain’ because of climate change 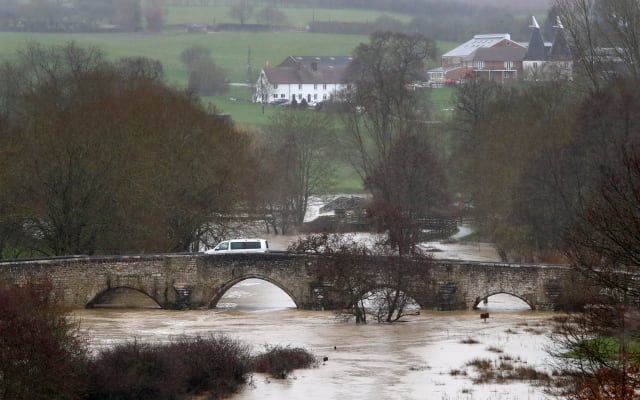 Climate change is driving more heavy rainfall in winter storms and increasing the risk of flooding for which the UK is “clearly” not ready, experts have warned.

The country took a battering from heavy rain and strong winds as Storm Dennis swept in over the weekend, just a week after Storm Ciara, with more than a month’s rain falling in 48 hours in some places, and homes, roads and railways flooded.

Research has shown that the conditions in a previous winter storm, Desmond in 2015, which brought very heavy rain to parts of the UK and caused widespread flooding, were made 40% more likely due to climate change.

“When you warm the planet, the atmosphere holds more water. In many parts of the world, including the UK, rising temperatures go hand in hand with more rain,” he told the PA news agency.

He said the jury is still out on whether climate change will strengthen or weaken the high winds in storms such as Ciara and Dennis, but “when the storms come there will be more rain associated with them”.

“These storms are nothing new, going back 100 years, but, because we are now more than 1C warmer as a whole versus pre-industrial times, every degree means 7% more water in the atmosphere and more rain in these heavy rain events.

“When they come, they bring more rain, 100% for certain, because of climate change.”

If temperatures rise by 3C, which is what efforts to cut emissions already outlined by countries currently put the world on track for, storms could be bringing around 20% more rain than they would without climate change.

“It would put a huge strain on flood defences if that were to happen,” said Dr Byrne.

Hannah Cloke, professor of hydrology at the University of Reading, said: “These types of events are most likely a taster of what is to come and we should be paying very close attention to that.”

And she warned: “Clearly, we are not ready for them.

“We’ve always seen these big floods but we do keep seeing these records being broken, it’s very concerning.”

She said more people are living in areas at risk, and there is a need to think about how the landscape is managed.

It is not just down to more hard flood defences, she said, urging: “We should be using the whole toolkit of things to prepare for floods.”

They include looking after soil so it can soak up water and does not run off the land to block watercourses, using uplands to catch water, diverting it on to fields upstream of settlements, and putting in “leaky dams” made of wood in streams to slow the water’s flow down to the towns.

She also warned against building on flood plains, and said that, where it is absolutely necessary, better, joined-up planning is needed to protect homes from floods.