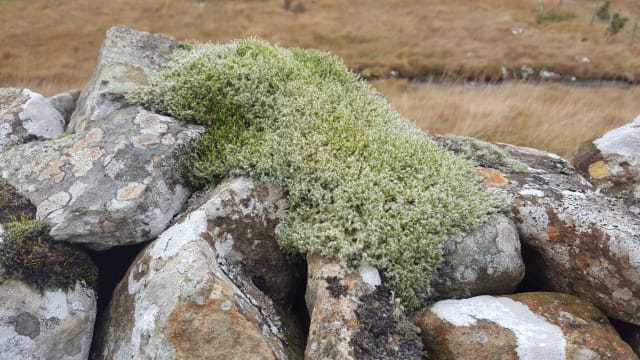 Some insects, lichen and mosses are bucking the trend of UK wildlife declines with the help of measures to improve air and water quality, research suggests.

Scientists looked at the distribution of thousands of species from dragonflies to ants and lichen which have not been closely studied, to see if they were suffering the declines seen in UK birds, butterflies and mammals.

It found that while there was evidence of “concerning declines” including for spiders, some groups such as freshwater insects found in rivers, lakes and ponds were undergoing a recovery.

The findings suggest efforts to improve air and water quality in recent decades could be paying off for some wildlife, the researchers said.

The research measured how more than 5,000 species of invertebrates such as moths and spiders, bryophytes such as mosses, and lichens, were faring by analysing the range of where they were found from 1970 to 2015.

It included millions of records of where a species has been found at a certain time and place, gathered by volunteers as part of recording schemes.

There can be concerns over the inconsistency of the way data is gathered for these kind of schemes.

But the researchers said the vast amount of information they had – some 24 million records – enabled them to analyse it with modelling techniques to assess where species were found in 1km square grids throughout the UK.

This “occupancy” data reveals a mixed picture for different groups of wildlife, with land-based non-insect invertebrates such as spiders, centipedes and millipedes seeing an overall decline in distribution of 7% since 1970.

Overall, across the 5,214 species studied, distribution was 11% higher in 2015 than in 1970, the study published in the journal Nature Ecology and Evolution found.

And there was good news for freshwater insects such as mayflies, dragonflies and caddisflies, which have undergone a strong recovery since the mid-1990s, recently surpassing 1970s levels.

Mosses and lichens have also increased their distribution by more than a third (36%) and terrestrial insects such as ants and moths saw a slight increase.

Evidence suggests that some wildlife have benefited from regulations to improve air quality by cutting pollutants such as sulphur dioxide – which helps sensitive species such as lichen – and to clean up water in recent decades, the researchers said.

But they also said any recent increases had to be seen against a backdrop of declines in the two centuries since the industrial revolution.

The levels of wildlife seen in 1970 are likely to be considerably lower than earlier in the century and should not be seen as targets to be reached again, the study warned.

Dr Charlie Outhwaite, lead author from University College London, UK Centre for Ecology and Hydrology, and the RSPB, said: “By looking at long-term trends in the distribution of understudied species, we found evidence of concerning declines, but we also found that it’s not all bad news

“Some groups of species, particularly freshwater insects, appear to be undergoing a strong recovery.”

Co-author Professor Richard Gregory, from the RSPB and UCL Centre for Biodiversity and Environment Research, said: “Other studies have shown improvements in air and water quality and local improvements in biodiversity as a result of conservation efforts.

“We think our findings demonstrate that policies designed to safeguard the natural environment are working and can yield positive change.”

But some experts expressed concern that wildlife recording had seen a huge surge in popularity in recent years, which could make it appear that species have increased in range – a finding at odds with research suggesting nature is in decline in the UK.