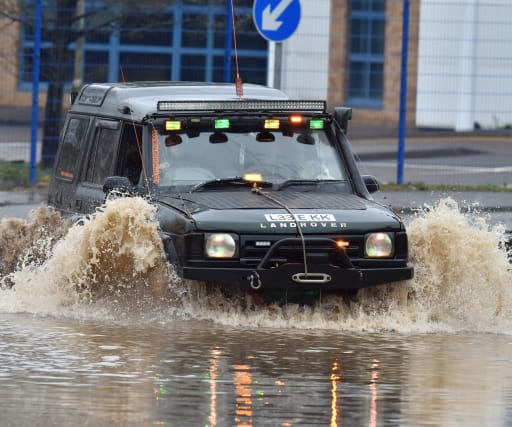 The aftermath of Storm Dennis continued to cause transport chaos on Monday as train lines and roads were blocked by flooding.

Network Rail is assessing the repairs needed to reopen parts of the railway damaged by torrential downpours and strong winds over the weekend.

Rotherham Central station was closed until at least Tuesday due to flooding.

A fault with the signalling system in the Welwyn Garden City area also caused major disruption to services between Stevenage and London Kings Cross.

Surrey Police warned there would be “significant delays into the morning rush hour” as two out of three lanes of the A3 southbound between the M25 and Ockham were closed due to flood water from an adjacent field spilling onto the carriageway.

West Mercia Police urged motorists not to drive through flooded roads, warning that water levels are “still high in many areas across Shropshire”.