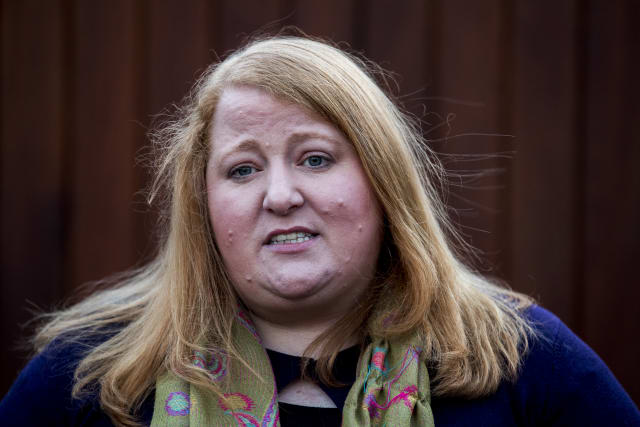 Stormont’s Justice Minister has said she learned that Northern Ireland was to be excluded from emergency measures to halt the early release of terrorist prisoners from a press release.

Naomi Long told the Assembly she had written to Justice Secretary Robert Buckland to raise concerns at the lack of consultation ahead of the announcement.

The minister said she was opposed to the move to exclude the region, warning that could create a “two-tier” system in the UK.

Ulster Unionist MLA Doug Beattie, who has been critical of the decision to leave Northern Ireland out of the law changes, raised the issue at Assembly question time.

The fast-tracked measures in Great Britain come after recent Islamist-related terror attacks carried out by prisoners who had been released early.

The law change will mean terror offenders can only be considered for release after serving two thirds of their sentence, and then only after the Parole Board has given approval.

Currently prisoners are eligible for automatic release after serving half of their sentence.

Mrs Long said she had been in consultation with the Ministry of Justice and Northern Ireland Office ahead of the decision.

“There was no barrier to the legislation being applied UK-wide,” she said.

Mrs Long said she was given no advance notice of the Government’s decision to exclude Northern Ireland before it was announced publicly.

“In the end of the day that decision was taken by the UK Ministry of Justice, it is not a decision for the Department of Justice here, and the decision as it was taken was to exclude Northern Ireland from that,” she said.

“Our first sight of that decision was the press release that was issued by the Ministry of Justice in respect of that legislation.”

She added: “I have written to the Ministry of Justice and to Robert Buckland to make clear that in future we would expect a higher level of exchange of information between departments before announcements of that gravity are made.”

The minister said there could be other ways to change terrorism legislation that is going through Westminster to ensure Northern Ireland was included.

“The door, if you like, has not completely closed on that chapter,” she said.