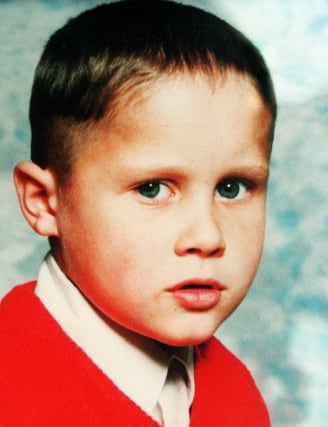 A 38-year-old man has been charged with the 1994 murder of six-year-old schoolboy Rikki Neave.

The youngster was found dead in woodland a few minutes walk from his home in Redmile Walk, Welland, Peterborough, on November 29 1994.

He had disappeared after leaving home to walk to school at about 9am the previous day. Tests showed he had been strangled.

Rikki’s uniform was found dumped in a nearby bin.

On Monday, the Bedfordshire, Cambridgeshire and Hertfordshire Major Crime Unit said James Watson, of no fixed address, had been charged with murder.

He will appear at Peterborough Magistrates’ Court on Thursday.

Originally Rikki’s mother, Ruth, was accused of his murder, but she was later cleared of the killing and instead found guilty of child neglect and cruelty, and jailed for seven years.

In 2014, police looked again at the cold case and began re-investigating in 2015.

“This decision was made following careful consideration of all the evidence presented to us by Cambridgeshire Constabulary as a result of their cold case review and subsequent lengthy and complex investigation.”