CCTV captures unlikely intruder in the wake of Storm Dennis 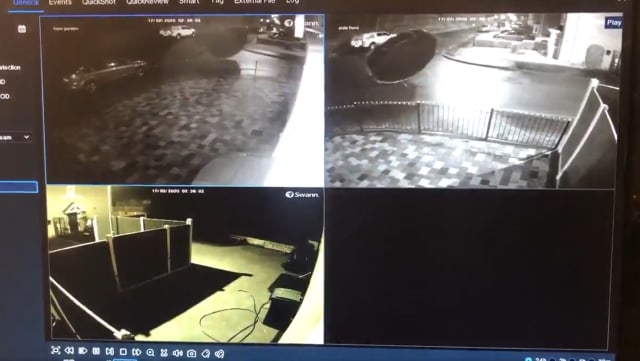 An unlikely intruder was caught on CCTV by a homeowner in the West Midlands in the wake of Storm Dennis.

Ben Cartwright, who lives near Dudley, posted a video showing a trampoline sneaking round his neighbourhood in the early hours of Monday morning.

The footage appears to show the bounce-based toy going rogue, scaling a garden fence and making its escape down the road.

Over the weekend Storm Dennis has lashed the country, with 90mph winds and delivering more than a month’s worth of rain in 48 hours in some areas.