Margot Robbie suggests dinner with Harry and Meghan in LA 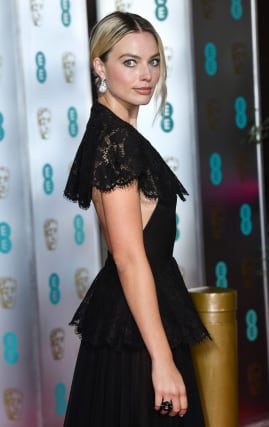 Hollywood star Margot Robbie has said she would love to have dinner with the Duke and Duchess of Sussex in LA.

The Oscar-nominated actress, who has known Harry for some time, said the couple “have their reasons” for moving away from the UK.

Harry and Meghan are living in Canada with their baby son Archie Mountbatten-Windsor as they prepare to drop their HRH styles and quit the monarchy in favour of financial freedom.

Robbie told The Sun: “I have known Prince Harry for a while and he is a really great guy.

“I know as much as anybody what a big decision it is to move halfway across the world.

“I still miss London a lot but I had my reasons for moving and they have their reasons for the decision.

“It isn’t something taken lightly. If they are going to spend more time in LA, we would love to have dinner with them.”

Harry and Meghan are due to officially start their new life outside royal duties in the spring of this year.

They had initially hoped for a dual role, supporting the Queen, the Commonwealth and Harry’s military associations, but the idea was deemed unworkable.