Dogs and their owners rescued from flooding in Wales 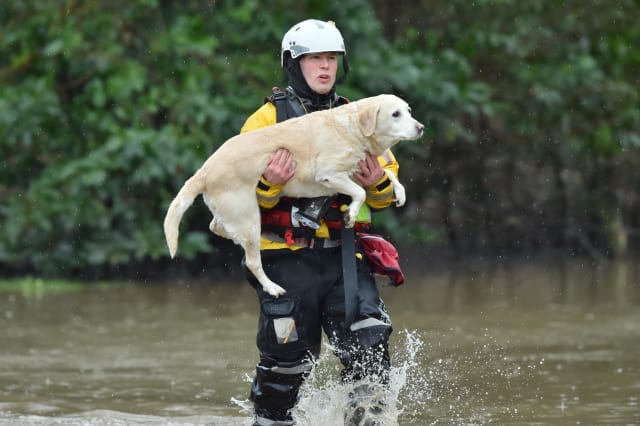 Man’s best friend was not left behind as flood evacuations took place in Wales on Sunday.

Storm Dennis brought flooding across much of the UK, leaving some in need of rescuing from their homes.

Pictures from Nantgarw, Wales, showed emergency workers helping people into boats, along with their pet dogs.

In the event of a flood, the RSPCA advises that pet owners transport their animals in suitable carriers or using sturdy leashes, as well as to bring the pet’s food, water, bowls and bedding.

It also advises people not to put their own life, or someone else’s, in danger to attempt an animal rescue.

Storm Dennis has lashed parts of the UK with more than a month’s worth of rain in 48 hours, leading to a record number of flood warnings and alerts in England.

The situation was said to be “life-threatening” in South Wales, where the Met Office issued a red warning due to heavy rainfall and flooding risk until 11am.